‘It is a truth universally acknowledge that a book can change a life’ – The Jane Austen Remedy by Ruth Wilson
More about the book! 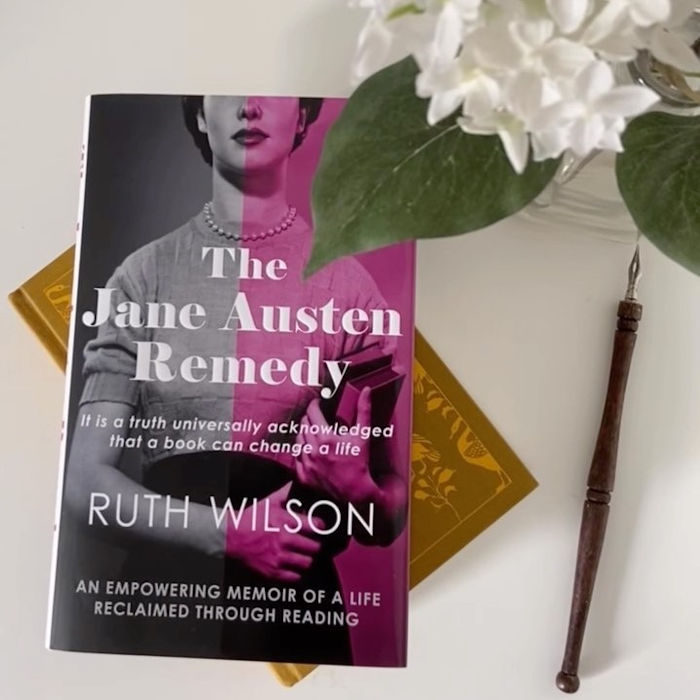 The Jane Austen Remedy by Ruth Wilson is out now from Jonathan Ball Publishers.

‘Wilson’s memoir is essential reading for anyone who wants to experience and understand the unique comfort that Austen’s works universally provide.’ – Natalie Jenner

As she approached the age of seventy, Ruth Wilson began to have recurring dreams about losing her voice. And as she grappled with feelings of unfathomable sadness, she made the radical decision to retreat from her conventional life with her husband to a small sunshine-yellow cottage in New South Wales, Australia where she lived alone for the following ten years.

Wilson had fostered a lifelong love of reading, and from the moment she first encountered Pride and Prejudice in the 1940s she had looked to Jane Austen’s heroines as her models for the sort of woman she wanted to become. She resolved to re-read Austen’s six novels; to reflect on her life in relation to what she discovered in each of them. And as Wilson read between the lines of both the novels and her own life, she began to reclaim her voice.

A beautiful, life-affirming memoir of love, self-acceptance and the curative power of reading. Published the year Wilson turns ninety, The Jane Austen Remedy is an inspirational account of the lessons learned from Jane Austen over nine decades, as well as a timely reminder that it’s never too late to seize a second chance.

Ruth Wilson read her first Jane Austen novel in 1947 and in 2021 completed her PhD on reading and teaching Jane Austen. In between, she taught English and worked on oral history projects including one with Holocaust survivors. She encourages her four children, five grandchildren and eight great-grandchildren to read widely, wisely and well.