‘I’m in awe of this crazy and expensive collaboration’ – Sally Andrew reflects on the forthcoming Tannie Maria TV series
More about the book! 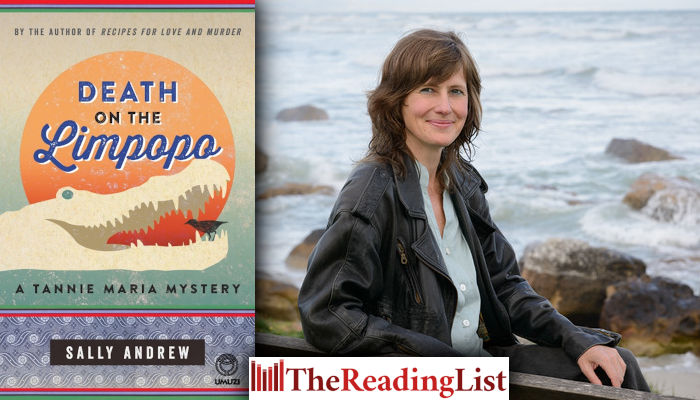 A Tannie Maria TV series is in development by Both Worlds Pictures. Author Sally Andrew explores the differences between film creation and novel writing, and the importance of letting go.

Letting go is not my forté. I learned it the hard way. For decades my body was tense; my mind a hamster-wheel of worry. I ended up with Chronic Fatigue Syndrome. Now, I’m a member of Codependents Anonymous: a 12-step programme. This isn’t about being dependent, but rather about being fixated with fixing (or with pleasing) others, and not always knowing when to ‘stay on your side of the street’.

A slogan from this programme is: Give me the courage to change the things I can, the patience to accept the things I can’t, and the wisdom to know the difference. In the 1980s and ’90s, I was an activist in a mass movement. We were full of courage – we changed the unchangeable, overthrowing an apartheid regime. Then two decades of illness taught me some patience. But wisdom still eluded me. What is ‘my side’ of the street?

To protect my health and sanity, I withdrew to the quiet Karoo, into the imaginary domain of the books I write. Here I am a Goddess; I create characters I love, give them problems, then fix their problems. Most of my waking hours are spent in a world over which I have total control. My readers also have control: I evoke a story, but their own imaginations paint in the detail – their private experiences with Tannie Maria.

So … delighted as I was to sell film and TV rights to Both Worlds Pictures, the bit where I sign over total control was not so easy. It was damn hard. But I knew it had to be done. I read books on film making, did a screenwriters course and received advice from Hollywood expert Professor Richard Walter. When I was ready, I gave the Both Worlds scriptwriter an ostrich egg. She said ‘Thank you for entrusting me with your baby.’ I said, ‘No … You’re making an omelette, and you can’t do it without breaking eggs.’

Film is a different medium from literature. The forthcoming TV series is based on my novels, but it creates a different world. This new world is not controlled by one author, but by dozens of contributors. A film script doesn’t tell everyone what to do; it makes the space for each participant to offer the best of themselves. Producing, funding, screenwriting, acting, directing, cinematography, sound, editing, music, set-design, costumes, logistics, trained chickens, the weather and more … are all crucial aspects in creating a film. I once had an unconscious snobbish elevation of literature over cinema, but now I’m in awe of this crazy and expensive collaboration. I’m honoured to contribute to such a process. I wish myself the best of luck in doing what I must to celebrate the new Tannie Maria creations: Let go. Let go. Let go.