I was never invited to a team braai – Thando Manana describes being the first black African to play for the Griquas
More about the book! 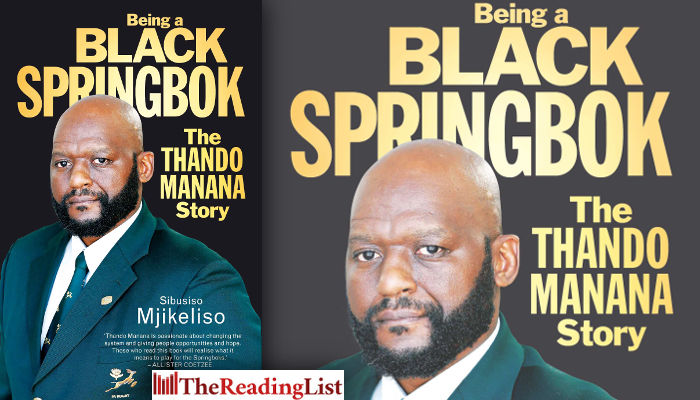 Former Springbok rugby player Thando Manana, author of Being a Black Springbok: The Thando Manana Story, chatted to Azania Mosaka on CapeTalk about his autobiography.

Manana says when joined the Griquas, a rugby union team based in Kimberley, in the 1980s, he had no friends and never spoke to his teammates except at training.

‘When I got to Kimberley I became the first African in Griquas’ 120-year history to don that jersey for the Curry Cup,’ Manana says. ‘I was the first black to play for the Bull at Super Rugby level. So at the time it was eight years before the unification of 1992, it was not easy.

‘But what I took with me from the players was the sense that … the minute they realised, as they say in Afrikaans, ek kan jol, which means I can play the game very well, they started taking a liking to me. You won their heart when they saw that “this player can play, he was a good purchase for us”.

‘You started learning their different culture. Obviously they kept to themselves, so I couldn’t go and attend a team braai with the guys – I never did, because I was never invited to … you just met at training.’

Manana says he would hear his teammates making plans for their free time, but he was not invited and spent most of his time doing extra training and conditioning on his own.

‘I was left on my own, to make friends with petrol attendants, with people at shopping malls. It was a loner time, but I was able to achieve much more on the field of play. I think I still have that record of winning six man-of-the-matches on the trot.’

Being a Black Springbok was co-written with Sibusiso Mjikeliso.

Click on the link above for more about this fantastic book!

Listen to the full conversation here: