‘I feel a little vulnerable knowing what I’m putting out there’ – Michelle Obama chats about her new memoir, Becoming
More about the book! 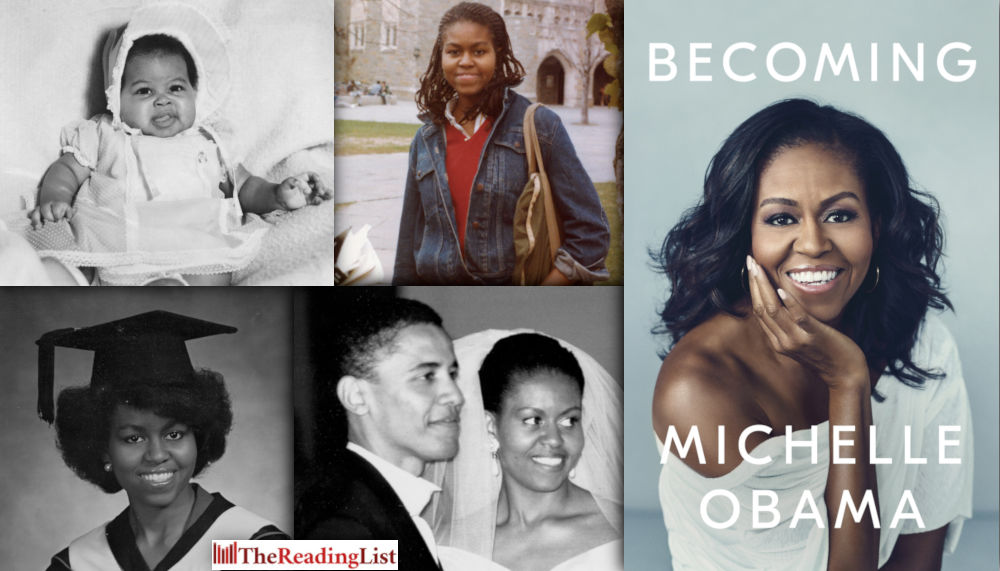 Penguin Random House has shared a conversation with Michelle Obama about her new book, Becoming.

In the book, Michelle Obama invites readers into her world, chronicling the experiences that have shaped her – from her childhood on the South Side of Chicago to her years as an executive balancing the demands of motherhood and work, to her time spent at the world’s most famous address.

With unerring honesty and lively wit, she describes her triumphs and her disappointments, both public and private, telling her full story as she has lived it – in her own words and on her own terms.

What was unexpected about the writing process?

The process turned out to be really meaningful for me. I spent a lot of time just reflecting and thinking, which is something I just didn’t have much time to do for about a decade. Once Barack began his campaign for president, every day felt like a sprint. So it was nice to decompress a little bit and ask myself, ‘How did I get here? Where did my story take a turn?’ I uncovered a lot of smaller moments – moments that folks might not know about, but that I realised were really foundational to the woman I became.

What did you hope to accomplish in writing your memoir?

My main hope was to create something that could be useful to other people, to give them something they could use in their own lives. So I focused on telling my story as honestly as I could. I’m not settling scores or giving a political play-by-play. I hoped to bring people inside the experience of growing up a working-class black girl on the South Side of Chicago who became First Lady of the United States. It’s all of me, all right there on those pages, which means I feel a little vulnerable knowing what I’m putting out there. But I hope if I can share my story, with all its ups and downs, then other people might have the courage to share theirs, too.

You write candidly that your time as a lawyer was not a happy period in your career. What advice would you give people who are unsure about their path and who need a little help figuring out their passion?

If you’re someone who’s lucky enough to think about fulfilment in your career – and there are a lot of people out there who aren’t – I think the best thing you can do is listen to yourself. I mean, really, really listen. You’ve got to make sure you’re not acting on someone else’s expectations. That’s where I got stuck. I spent my early adulthood checking the boxes I thought society expected of me, before I realised that it was making me miserable. I went through a lot of introspection. I did some journaling. And I realised that what I really wanted to do was help people, so I set off on a career of public service. So what I’d say is do your best to listen to yourself and tune out the rest.