How can you write true passion if you’ve never experienced it? The Love Factory, the new novel by Elaine Proctor
More about the book! 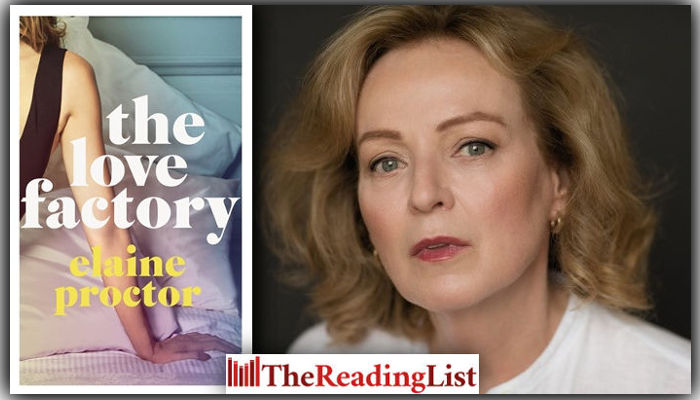 The Love Factory by Elaine Proctor is out in April from Jonathan Ball Publishers.

A smart, sexy, witty novel about love and desire, and how losing everything can sometimes be the best thing that ever happened to you.

When Anna turns to writing erotica to pay the bills after her husband loses his job, she faces an uncomfortable realisation: she doesn’t know how to, because she doesn’t actually know what desire is. And how can you write passion if you’ve never experienced it?

Elaine Proctor was born in South Africa. She became involved in the anti-apartheid movement as a teenager and filmed several political documentaries up until 1986, when the political situation made it impossible for her to continue and she left to study at the National Film and Television School in Britain.

She has made several films, including On The Wire (winner of the British Film Institute’s Sutherland Trophy) and Friends (selected by the Cannes Film Festival and winner of the Mention Speciale – Prix de Camera D’Or), has written a series for the BBC and published two novels, Rhumba and The Savage Hour, which was shortlisted for the 2015 Barry Ronge Fiction Prize.