Harry Kalmer questions what it means to be human in his latest novel, In ‘n land sonder voëls (Afrikaans)
More about the book! 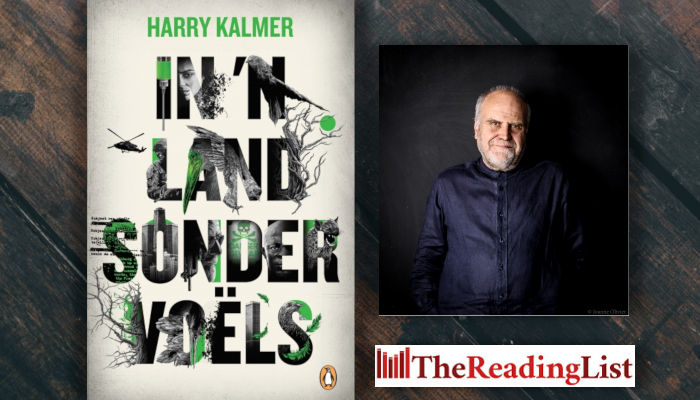 In this compelling new novel, Kalmer creates a world where politics has been privatised and democracy has made way for econocracy. The econocrats have convinced everyone that they’ve created a better world for all with technology; everyone, except a medical doctor who starts to remember how things used to be. With his life suddenly in danger, he tries to escape through a desolate wasteland and finds himself caught up in a plot which he didn’t know existed.

Set in a dystopian future, In ’n land sonder voëls questions everything – from the impact of a totalitarian regime on society to mortality and what it means to be human.

Harry Kalmer is an award-winning playwright and novelist who has authored 12 works of fiction and 23 plays. Last year, Kalmer won the Barry Ronge Fiction Prize for his book A Thousand Tales of Johannesburg. The judges said:

‘Johannesburg emerges as a fascinating beast of a city, and this is a novel way of celebrating it. The outstanding writing and innovative structure – along with memorable characters – make this an instant classic.’

We hope to see an English translation of his new novel soon.

Kalmer is no stranger to success. His novel En die lekkerste deel van dood wees was the runner-up in the 2007 Sanlam/Insig Groot Roman competition. Briewe aan ’n rooi dak, based on the letters of Magdalena Otto, received the Anglo-Gold Aardklop award for best new drama in 2001, and was adapted for TV and broadcast.

In 2014, his drama The Bram Fischer Waltz won the Adelaide Tambo Award for Human Rights in the Arts.