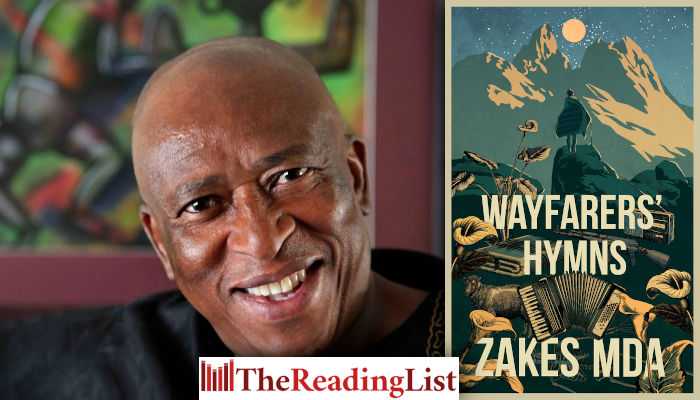 Wayfarers’ Hymns, the highly anticipated new novel from Zakes Mda, will be out from Penguin Random House in October 2021.

Infused with rhythm and melody, Zakes Mda’s new novel invites you to travel from Lesotho’s Mountain Kingdom to the City of Gold through the history of famo.

Famo music was born in the drinking dens of migrant mineworkers in Lesotho, where the men would sing to unwind after work, accompanied by the accordion, a drum and sometimes a bass.

Meet the boy-child Kheleke, a wandering musician, and his surprising sister Moliehi. Then sigh with pleasure at being reunited with Toloki, the professional mourner from Ways of Dying, and his beloved Noria.

Passionate and ambitious, Kheleke is a weaver of songs, and his own story is intertwined with the incredible yet true social history of the music: the Time of the Concertina and the Accordion, the wars of the famo gangs, and the battle for control of illegal mines.

The end is always a journey – and what a journey this is!

Zakes Mda is the author of the novels Ways of Dying and The Heart of Redness, among many others. He was born in the Eastern Cape, but spent his early childhood in Soweto, finishing his school education in Lesotho.

He is a prolific writer of novels, plays, poems and articles for academic journals and newspapers, and his writing has been translated into twenty languages. His creative work also includes painting, and theatre and film productions. Mda, whose forebears were exiled from Qumbu to Lesotho after the assassination of Hamilton Hope, is a recipient of South Africa’s Order of Ikhamanga. He is based in Athens, Ohio, where he spends his time writing and teaching.