Find out more about Broken Land, the new book of photography by Daylin Paul, winner of the Ernest Cole Award 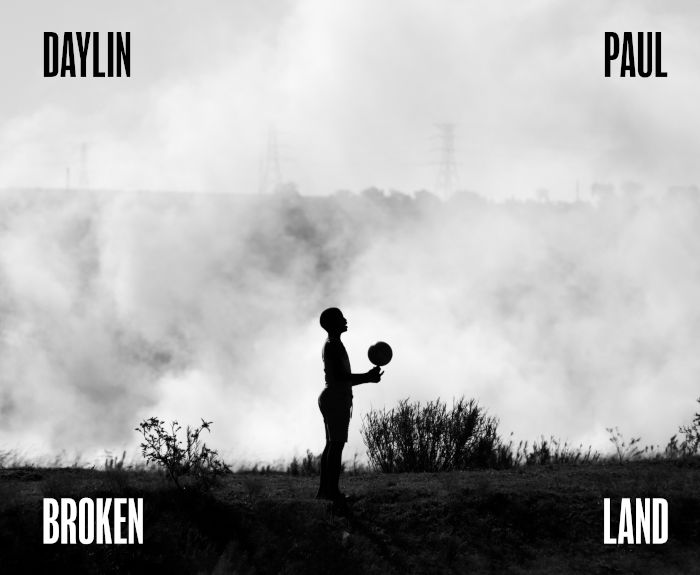 Showing not telling – Broken Land by Daylin Paul is out now from Jacana Media.

Eskom’s cluster of 12 coal-powered stations in Mpumalanga is the biggest source of nitrogen dioxide pollution in the world.

Daylin Paul, winner of the 2017 Ernest Cole Award, launched his debut work, Broken Land, at an exhibition of his photographs at the KZNSA Gallery. The book explores the impact of these power stations on the local economy, population, farming community and climate.

Bobby Peek, director of groundWork, spoke at the exhibition opening:

‘I also went underground where local people dig for coal to have some form of subsistence after mine owners absconded and left the people with abandoned, burning and collapsing coal mines. I crouched and crawled to the working coalface in this murky underground world lit by old headlamps and, believe it or not, candles. People are desperate.

‘The brutality of mining and burning coal is shared with us in these images. It pulls no punches. It recognises that mining is a doomed venture and that it has a history that does not allow us to have faith in its promise of delivery of jobs and development for the people.’

Even in the bleak landscape made by the minerals-energy complex, the reality is that people are fighting back under extreme circumstances. The end of coal is nigh. These searingly beautiful images bring the message home to us. Once you’ve seen them you cannot undo the knowing.

Daylin Paul, the photographer, is a graduate from Rhodes University. He worked as a staff photographer for the Cape Times and Argus, teaches in the Market Photo Workshop Programme and is also a writer and contributor to a number of local and international NGOs and development agencies.

About the Ernest Cole Award

The Ernest Cole Award is an established and respected feature of the art and publishing calendar. Jacana Media, partnering with UCT, first published the sell-out Life Under Democracy, a photographic book by Dale Yudelman and Simone Tredoux, in 2012, followed by Ilan Godfrey’s Legacy of the Mine in 2013. Graeme Williams was the next winner in 2013 with his publication A City Refracted. Masixole Feni was the winner in 2015 for his project A Drain on Our Dignity.

The award from now on will be managed by Phototool.