Durban, The Unaccountables book tour is heading your way! Don’t miss the book’s launch at Ike’s Books and Collectables (24 Nov)
More about the book! 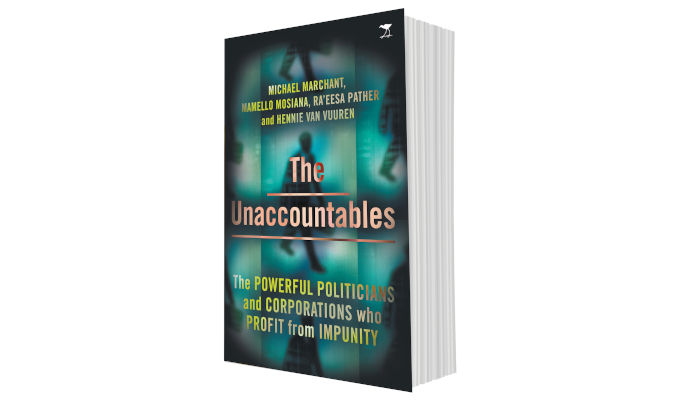 Jacana Media invite you to the launch of The Unaccountables: The Powerful Politicians and Corporations who Profit from Impunity, edited by Michael Marchant, Mamello Mosiana, Ra’eesa Pather and Hennie van Vuuren.

An urgent and passionately argued call to action, The Unaccountables skilfully profiles the large corporations and private individuals who are all implicated in economic crime but have never been held to account. This book will anger many, who will now be able to put names and faces to those behind some of South Africa’s biggest corruption scandals, from apartheid to state capture.

Durban, The Unaccountables book tour is heading your way! –

This Thursday, the 24th of November at 18h30, Mukelani Dimba will be in conversation with Michael Marchant and Mamello Mosiana at Ike's Bookshop. RSVP now!