Children of Sugarcane by Joanne Joseph – a novel of love, heartache and the indestructible bonds between family and friends
More about the book! 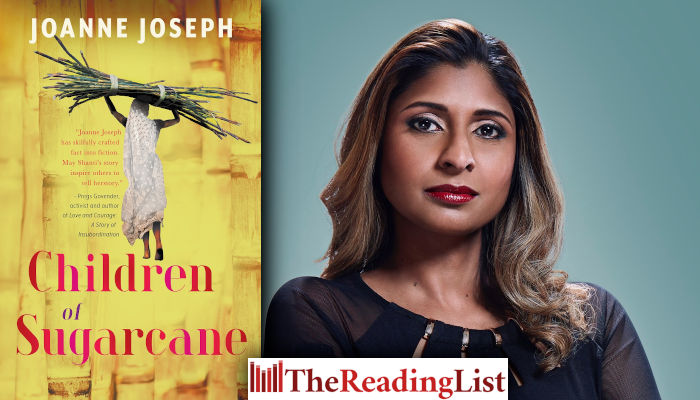 Children of Sugarcane by Joanne Joseph is out now from Jonathan Ball Publishers.

‘Joanne Joseph has skilfully crafted fact into fiction. May Shanti’s story inspire others to tell her story.’ – Pregs Govender, activist and author of Love and Courage: A Story Insubordination

‘Shanti is a heroine that the reader will not easily forget. The story that is told here is worth not only knowing but also remembering.’ – Siphiwe Gloria Ndlovu, author, filmmaker and academic

Vividly set against the backdrop of 19th century India and the British-owned sugarcane plantations of Natal, written with great tenderness and lyricism, Children of Sugarcane paints an intimate and wrenching picture of indenture told from a woman’s perspective.

Shanti, a bright teenager stifled by life in rural India and facing an arranged marriage, dreams that South Africa is an opportunity to start afresh. The Colony of Natal is where Shanti believes she can escape the poverty, caste, and troubling fate of young girls in her village. Months later, after a harrowing sea voyage, she arrives in Natal only to discover the profound hardship and slave labour that await her.

Spanning four decades and two continents, Children of Sugarcane demonstrates the lifegiving power of love, heartache and the indestructible bonds between family and friends. These bonds prompt heroism and sacrifice, the final act of which leads to Shanti’s redemption.

Joanne Joseph is an established South African media personality and bestselling author, with over 20 years of experience. She has hosted prominent radio and television shows for major broadcasters, including the South African Broadcasting Corporation and Primedia House. Her book Drug Muled sold over 10 000 copies. Children of Sugarcane is her first work of fiction.