Digitalback Books acquires a license for the iconic Heinemann African Writers Series
More about the book! 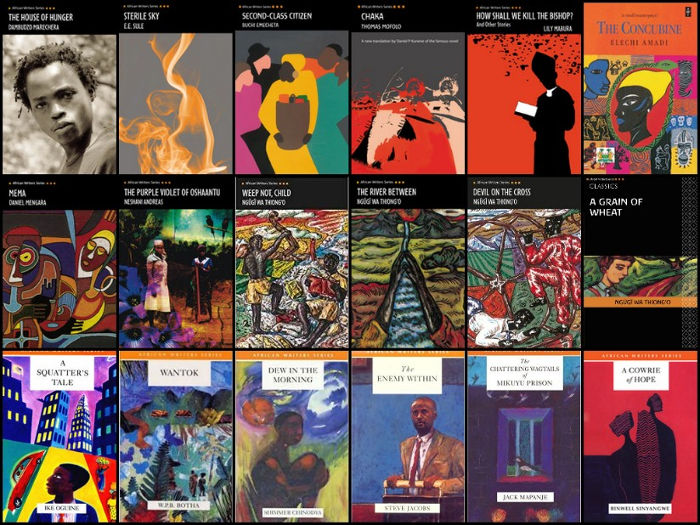 The legendary Heinemann African Writers Series will be revived by a new digital license agreement with Digitalback Books.

Through the agreement, the series will be freely available to readers from participating institutions.

The wide ranging Heinemann African Writers Series was launched in 1962 and played a crucial role in publishing and promoting some of Africa’s most celebrated writers. The over 300 titles include works by literary legends such as Chinua Achebe, Buchi Emecheta, Ngugi Wa Thiong’o, Flora Nwapa, Steve Biko, Elechi Amadi and many more who have influenced subsequent writing from Africa for decades.

For years, the lack of availability of the printed books to readers and academics has been a source of frustration. In 2008, only 17% of the series was said to be available in print with second hand copies going for extortionate amounts from 3rd party sellers. Thanks to this new partnership between Digitalback Books and Pearson – who support our vision to make African’s literary heritage more widely accessible – we are able to make some of these works available to an ever wider audience.

A select number of digitally rights cleared titles from the African Writers Series will join hundreds of other titles on the Digitalback books platform. Notable collections already available include the Caribbean Modern Classics, the Caine Prize for African Writing and the CODE Burt Award for African Literature amongst others. The Digitalback Books platform is made available to libraries and institutions across the world.

Digitalback Books is a virtual library platform enabling readers access to hundreds of deliciously diverse stories from Africa and beyond. We passionately believe in the importance of preserving Africa’s literary heritage and making it more accessible through our partnerships with publishers and institutions worldwide.