Deeply personal, brutally honest and riveting: Finding Me: A Memoir by Viola Davis
More about the book! 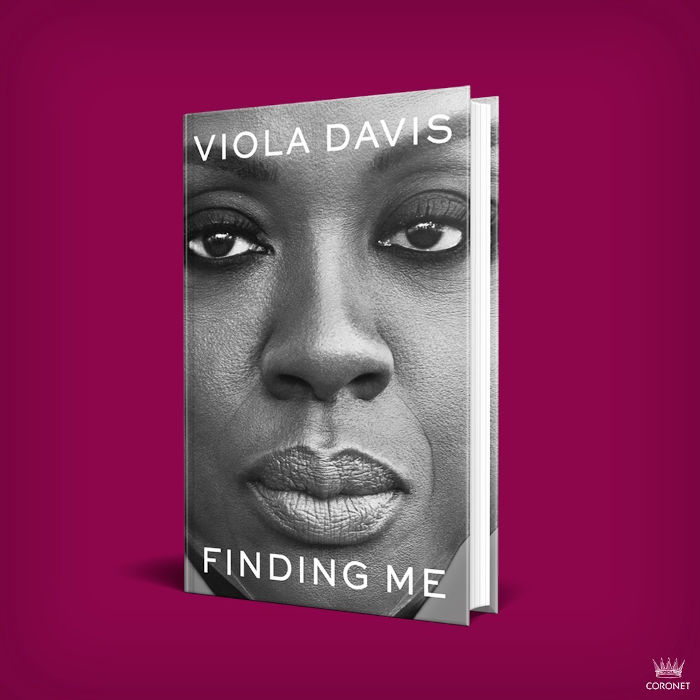 The eagerly anticipated memoir from the multi-award winning actress and producer traces an inspirational path from Viola Davis’ upbringing in Rhode Island to her critically acclaimed performances in Hollywood and on Broadway.

Finding Me: A Memoir by Viola Davis is out now from Jonathan Ball Publishers!

Finding Me is a timeless and spellbinding memoir that will capture hearts and minds around the globe.

In my book, you will meet a little girl named Viola who ran from her past until she made a life changing decision to stop running forever.

This is my story, from a crumbling apartment in Central Falls, Rhode Island, to the stage in New York City, and beyond. This is the path I took to finding my purpose and my strength, but also to finding my voice in a world that didn’t always see me.

As I wrote Finding Me, my eyes were open to the truth of how our stories are often not given close examination. They are bogarted, reinvented to fit into a crazy, competitive, judgmental world. So I wrote this for anyone who is searching for a way to understand and overcome a complicated past, let go of shame, and find acceptance. For anyone who needs reminding that a life worth living can only be born from radical honesty and the courage to shed facades and be…you.

Finding Me is a deep reflection on my past and a promise for my future. My hope is that my story will inspire you to light up your own life with creative expression and rediscover who you were before the world put a label on you.

‘A breathtaking memoir … I was so moved by this book.’ – Oprah

‘It is startlingly honest and, at times, a jaw-dropping read, charting her rise from poverty and abuse to becoming the first African-American to win the triple crown of an Oscar, Emmy and Tony for acting.’ – BBC News

‘It’s clear from the first page that Davis is going to serve a more intimate, unpolished account than is typical of the average (often ghost-written) celebrity memoir; Finding Me reads like Davis is sitting you down for a one-on-one conversation about her life, warts and all.’ – USA Today

‘[A] fulfilling narrative of struggle and success….Her gorgeous storytelling will inspire anyone wishing to shed old labels.’ – Los Angeles Times

Viola Davis is an internationally acclaimed actress and producer, known for her exceptional performances in television shows such as How to Get Away with Murder and movies such as Fences and The Help. She is the winner of an Academy Award, an Emmy Award, and two Tony Awards, and in 2021 she won a Screen Actors Guild Award for her role in Ma Rainey’s Black Bottom. In both 2012 and 2017, TIME magazine named her one of the 100 most influential people in the world. Davis is also the founder and CEO of JuVee Productions, an artist-driven production company that develops and produces in- dependent film, theatre, television, and digital content.