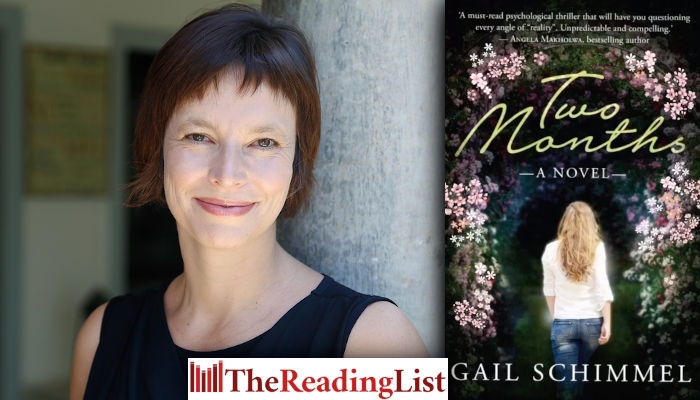 ‘A must-read psychological thriller that will have you questioning every angle of “reality”. Unpredictable and compelling.’ – Angela Makholwa, bestselling author

From the bestselling author of The Park and The Accident comes a new domestic thriller that will keep you turning the pages until the very end.

Two Months by Gail Schimmel will be out from Pan Macmillan in April 2020!

When Erica wakes up to discover that she can’t remember two months of her life, she wants to know what she’s missed. She soon realises that she’s lost more than two months.

She’s lost her job and her friends. And her husband won’t tell her why.

As Erica starts to put together the clues and pieces, a picture emerges of what has happened. A picture that is fatally flawed …

From the bestselling author of #ThePark and #TheAccident comes a new domestic thriller that will keep you turning the pages until the very end. @GailSchimmel's #TwoMonths is out in April!#CoverReveal pic.twitter.com/3TvBcn8qRx