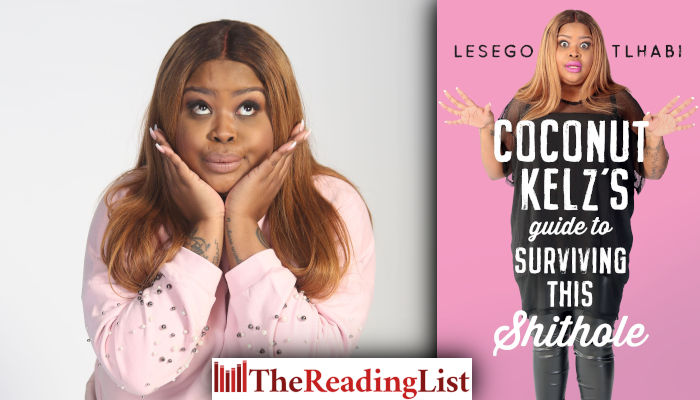 Coconut Kelz’s Guide to Surviving this Shithole is out now from Jonathan Ball Publishers!

‘There is only one way to survive and thrive in the Third World, and that is by being as Caucasian as you possibly can. Fact: White people have it easier in life because they deserve it.’

Coconut Kelz is a young Caucasian woman trapped in a black woman’s body. Kelz lives in – and tries to never leave – Sandton and is a staunch member of the DA.

With handy tips for how to achieve the white right standard of beauty, deal with your family in the lalis, pick the best suburb to live in and nab yourself a white guy, Kelz offers a complete guide to a full Caucasian conversion.

Through the mask of her character Coconut Kelz, whose apparent adoration of all things white has riled up many an unsuspecting viewer of her online videos, Lesego Tlhabi speaks straight to the heart of this country’s strong residue of prejudice, framing hard and potent truths to incredibly funny effect.

Lesego Tlhabi is the comedian behind the satirical character Coconut Kelz. Lesego completed a BA (Honours) in Theatre at Brunel University in London in 2014. The previous year she obtained a diploma in Musical Theatre from the New York Film Academy and a Diploma in TV Writing from Columbia University.

She currently works as a content producer and scriptwriter for a variety of entertainment news shows and reality competition shows, including V-Entertainment and All Access Mzansi. She writes and shoots all the Coconut Kelz videos herself.