Bill Gates honours author and doctor Kopano Matlwa Mabaso’s ‘incredible’ work in his ‘Heroes in the Field’ campaign
More about the book! 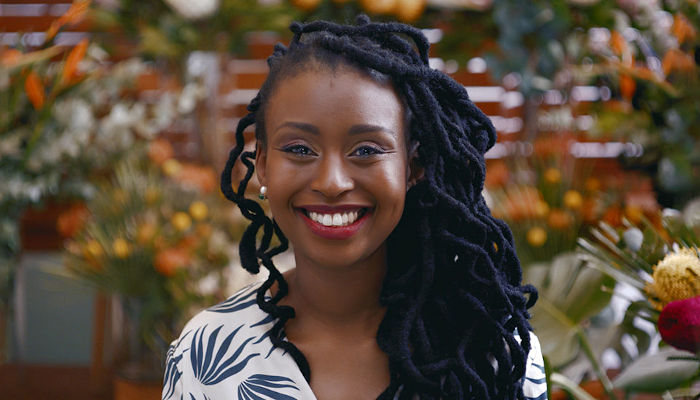 Matlwa Mabaso is the author of three novels, including Coconut, which quickly became a South African classic when it was published in 2007, and which has been published all over the world. But she is also a medical doctor, and leads the Grow Great campaign, which aims to eliminate child stunting from South Africa over the next decade.

Stunting is the physical manifestation of under-nourishment, and affects children’s physical and brain development. Stunted children are less likely to do well in school and less likely to become healthy adults. In 2016, a health survey found that a quarter of all children in South Africa are stunted.

‘Those results were quite devastating for an upper-middle-income country with the resources we have,’ Matlwa Mabaso tells Gates. ‘Several other countries have less money but much lower rates of stunting than we do.’

As part of his ‘Heroes in the Field‘ campaign, Gates heaped praise on Matlwa Mabaso’s drive and determination.

Melinda and I have met many stunted children in our travels. It’s heartbreaking and utterly preventable. Dr. @kopanomabaso is leading an incredible effort to eliminate child stunting from South Africa over the next decade. https://t.co/POaKqkLowv

Read what Bill Gates had to say, and scroll down for a video interview with Matlwa Mabaso:

Kopano Matlwa Mabaso began her medical education during a terrifying era. The year was 2004, and HIV was devastating whole communities in South Africa, including the township outside Pretoria where she was born. For years, President Thabo Mbeki had denied people access to lifesaving anti-retroviral medicines. When my dad travelled to South Africa with Jimmy Carter to highlight this issue, he watched President Carter nearly come to blows with Mbeki.

To cope with the demands of medical school and the tragedy of what she was seeing all around her, Dr Matlwa Mabaso started writing her first novel. ‘It was such a tough time,’ she explains. ‘Writing was debriefing for myself, trying to make sense of all the crazy things I would see.’ She published that novel, Coconut, when she was only 21 and still in medical school. It became a bestseller and earned her international acclaim.

But her literary talent did not pull her away from her main goal: helping children grow up healthy so they could contribute to the development of post-apartheid South Africa. […]

Melinda and I have seen many stunted children in our travels. Sometimes we’re talking to a child who looks like one of our kids did at age three only to be told that the child is actually six or seven years old. It’s heartbreaking, and utterly preventable.