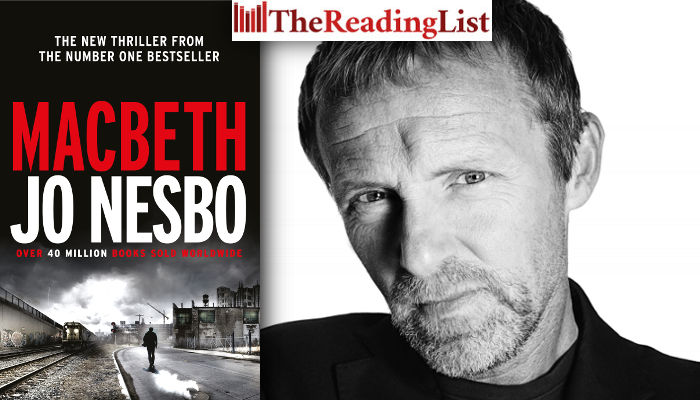 Set in a dark, rainy northern town, Jo Nesbo’s Macbeth pits the ambitions of a corrupt policeman against loyal colleagues, a drug-depraved underworld and the pull of childhood friendships.

Get ready to helter-skelter through the darkest tunnels of human experience.

Duncan, chief of police, is idealistic and visionary, a dream to the townspeople but a nightmare for criminals. The drug trade is ruled by two drug lords, one of whom – a master of manipulation named Hecate – has connections with the highest in power, and plans to use them to get his way.

Hecate’s plot hinges on steadily, insidiously manipulating Inspector Macbeth: the head of SWAT and a man already susceptible to violent and paranoid tendencies.

What follows is an unputdownable story of love and guilt, political ambition, and greed for more, exploring the darkest corners of human nature, and the aspirations of the criminal mind.

Jo Nesbo is a musician, songwriter, and economist, as well as a writer. His Harry Hole novels include The Redeemer, The Snowman, The Leopard and Phantom, and he is also the author of several stand-alone novels and the Doctor Proctor series of children’s books. He is the recipient of numerous awards, including the Glass Key for best Nordic crime novel.