Audiobook alert! Listen to Land Matters by Tembeka Ngcukaitobi
More about the book! 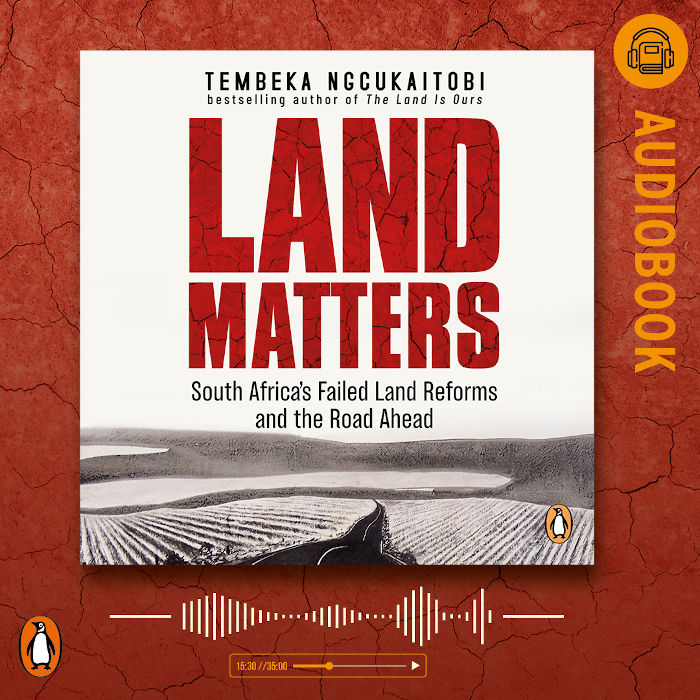 Why has land reform been such a failure in South Africa? Will expropriation without compensation solve the problem? What can be done to get the land programme back on track?

The audiobook of Land Matters by Tembeka Ngcukaitobi is out now!

Going back in history, Tembeka Ngcukaitobi shows how Africans’ communal land ownership was used by colonial rulers to deny that Africans owned the land at all. He explores the effect of the Land Acts, Bantustans and forced removals. And he considers the ANC’s policies on land throughout the twentieth century, during the negotiations of the 1990s, and in government.

Land Matters unpacks developments in land redistribution, restitution and tenure reform, and makes suggestions for what needs to be done in future. The book also considers the power of chiefs, the tension between communal land ownership and the desire for private title, the failure of the willing-buyer, willing-seller approach, women and land reform, the role of banks, and the debates around amending the Constitution.

Thoughtful and provocative, Land Matters sheds light on one of the most complex questions in South Africa today.