At My Desk with author Johan Vlok Louw
More about the book! 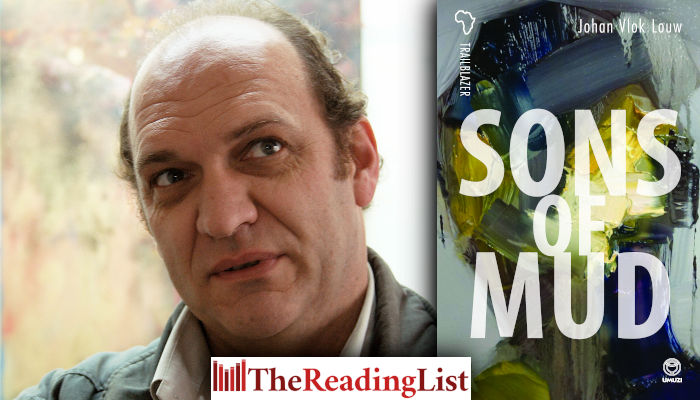 How many times must a cannon ball fly? Many, many times, it seems … before one sentence ‘pops’, tumbles down, and glues itself onto a page, writes Johan Vlok Louw.

Johan Vlok Louw is the author of the novels Eric the Brave, Karoo Dusk, which was shortlisted for the University of Johannesburg Prize for Creative Writing and translated into Afrikaans, and A Gap in the Hedge. His latest novel, Sons of Mud, is out now from Penguin Random House SA.

As a wise old man once wrote, “Life is like standing on a bridge over a river: there’s always new water coming at you.”

A creature is born, grows up, lives (watches), sees his self – shadow forming – until one day, like a hastily taken cell phone picture with a late sun behind, it falls out over paths already travelled and looks back, and asks, “So ja, why are we not yet busy, at the cave wall?”

Silence, ten seconds, twenty. “Why not ask the others who’ve been on the Great Hunt also … were they not there, in the dust and the sweat amidst the dark red of the lung-blood from the cavity of the beast …?”

“Did they not dance with us, as us-shadows, feasting on it against the ragged line of the setting sun?”

“Then why not them, great warriors, all?”

More silence. (Sure … a whole minute, maybe, then; in soft whispers, like wind through Cyprus.) “It is possible.” Pensively.

“That they do not have the patience.”

So, we write, we paint, we sculpt, we compose, we direct (Damn well all of it, Colgate to Kubrick) this journey on a freaking rock hurtling through space. Us, the cave wall crowd. And as a wise old man once wrote, “Life is like standing on a bridge over a river: there’s always new water coming at you.”

This madness of the page, the brush, the chisel, the moving image; this constant flood. All which is truly necessary for the capturing of it is life itself, and a somewhat tragic commitment to grinding.

Heads alight with the orchestrations of true warriors, their things and their events – philosophies – up it comes a-burbling from the keys into baby god-like musings, imaginings.

Often, amidst the most terrible of self-happenings.

Last year in a mirror at the market, I saw a face on top of a body, and only when I stared at it long and very hard did it re-form into a man, whom it recognised as self. Death had come to it as described by That Great Death Monger, as a darkly wet bicycle policeman in Paris, standing at the foot of her bed.

Often, amidst the most terrible of self-happenings.

And the chronicler grinds the pigment, readies the quills and brushes, and heads out towards the flatlands of the Great Beast, where, it is told, there are still many bare cave walls waiting to be scribbled upon, and maybe back there in the deep light … in her self-shadow, she will again walk, and giggle girlishly and talk.

And all things shall be bearable.

Sons of Mud is out now.

At an army base, at the height of summer and South Africa’s Border War, 18-year-old recruits endure an appalling drill sergeant bent on turning them into killing machines for the SADF. After a particularly gruelling training session on a shooting range, it is giant Afrikaans boy Reghardt Jurgens, who snaps, severely injuring three officers before he is restrained. The investigation that follows is suspicious right from the start. It turns out that, instead of being prosecuted, Reghardt will be recruited for a sin¬ister military outfit when his propensity for violence is recognised.