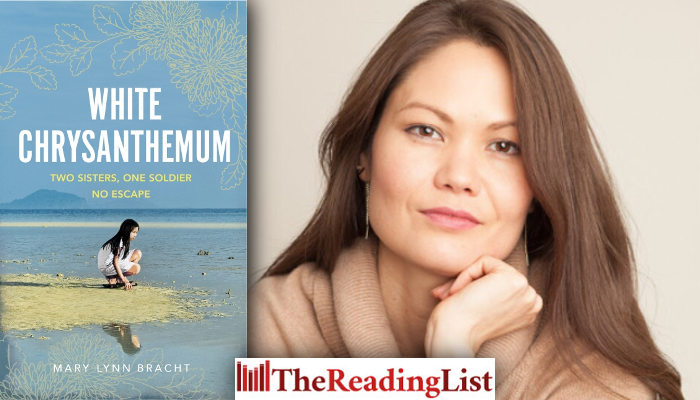 In the book, the heartbreaking history of Korea is brought to life, as the story follows two sisters separated by World War II.

Hana and her little sister Emi are part of an island community of haenyeo, women who make their living from diving deep into the sea off the southernmost tip of Korea. One day Hana sees a Japanese soldier heading for where Emi is guarding the day’s catch on the beach. Her mother has told her again and again never to be caught alone with one. Terrified for her sister, Hana swims as hard as she can for the shore.

In an interview with Penguin Random House, Bracht chats about her writing process, and what writers inspired her work:

What was your process for writing this book? How long did it take you?

I didn’t have a regimented writing process. Once I had all of the research and background stories settled in my mind, I wrote every day for as long as I could. This meant that I only stopped writing when my vision began to blur, and I could no longer view the computer screen! The first draft took about six months to write. I had suffered a back injury and couldn’t sit for very long in a chair, so most of the first draft was written with the laptop on my chest as I laid flat on the floor! I’m much better now, but in those moments I really connected with Emi and her painful leg. The final draft took another year of revisions with the help of my amazing agent, Rowan Lawton. She gave me helpful criticism and absolute freedom to write the book that I wanted to write.

When did you decide to become a writer? Was it something you always aspired to?

I had decided to become a writer in high school, until my mother convinced me I would be a pauper and that getting a ‘real’ job would be more sensible. In my small town, no one ‘became’ a writer or anything else creative, so it was impossible to believe that I could become one. So I wrote my little stories in the margins of my notes all through college and even throughout my first jobs post-graduation. It wasn’t until I turned thirty that I looked back on my life and realized that the only thing I had ever wanted to be, and would regret if I never tried, was to become a writer. So I took my first writing class and started the long journey of ‘becoming a writer’. It took a very long nine years to realise this dream.

What writers have inspired or influenced your work?

The writers who most influenced me as I wrote my novel are Toni Morrison, Kyung-Sook Shin, Annie Proulx, Muriel Barbery, Marilynne Robinson, Maya Angelou, Michael Ondaatje, George Orwell, Helen Dunmore, Kimiko Hahn, and Chimamanda Ngozi Adichie. I either read them before I began writing, after completing a draft, or during the editing phase. Reading after each ‘stage’ of the book-writing process kept me sane, as well as helped me to ‘see’ where I wanted my book to go and also how to get there. Anytime I’m stuck, I pick up a book and read. I recently finished a book by Claudia Rankine, and the moment I finished it, I began writing my next novel. Good writing inspires creativity. If you want to be a writer, read everything!

The new Ken Follett is here! Find out more about The Evening and the Morning, the epic prequel to The Pillars of the Earth