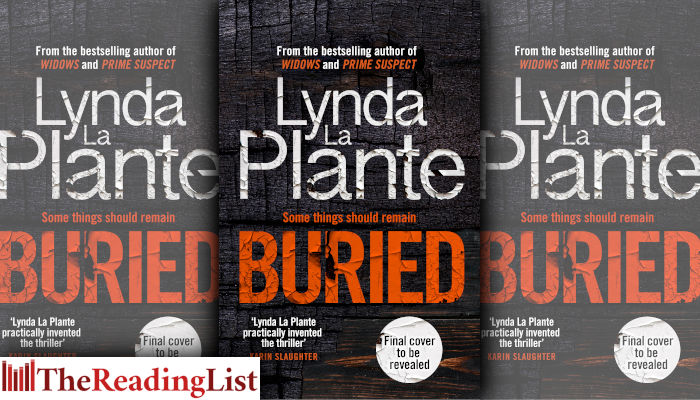 Buried, the first novel in a brand-new series from bestselling author Lynda La Plante, will be out in March 2020!

From the bestselling author of Widows and Prime Suspect. Some things should remain Buried.

Buried is set in modern-day London and features a brand-new Lynda La Plante protagonist – Jack Warr, a young DC with the Metropolitan Police.

I’m so excited to introduce a brand-new series to my readers featuring a new protagonist, Jack Warr. Whenever I create a character, I live and breathe them – I really do love them. And Jack is no exception. He’s a detective with a past that forces him to dig deep, question himself and gain shocking insight into who he is. Will he stay on the straight and narrow, or find himself slipping to the wrong side of the law?

Charming but aimless, Jack can’t seem to find his place in the world – until he’s drawn into an investigation that turns his life upside down.

In the aftermath of a fire at a derelict cottage, a badly charred body is discovered, along with the burnt remnants of millions of stolen, untraceable bank notes, the hidden legacy of Dolly Rawlins and her gang of widows.

Jack’s assignment to the case coincides with an investigation into his own past. As he searches for the truth about his identity, Jack finds himself increasingly drawn into a murky underworld of corruption and crime. Those millions have not been forgotten – and Jack will stop at nothing to find the truth.

The new series has roots in La Plante’s bestselling novels, Widows and Widows’ Revenge – which were updated and published by Zaffre following the release of the critically-acclaimed movie adaptation of Widows, directed by Steve McQueen.

Kate Parkin, managing director of adult trade publishing at Bonnier Books UK, says: ‘We are really excited to be bringing the first of this landmark contemporary new series to Lynda La Plante’s many fans around the world.

‘Lynda’s genius for a nail-biting plot and character development is shown at its brilliant best here in her depiction of the gradual hardening up of Jack Warr into a man to be reckoned with. Buried has all the hallmarks of a bestseller.’