An unforgettable new voice: Don’t miss Wake Me When I’m Gone, the second novel from Odafe Atogun
More about the book! 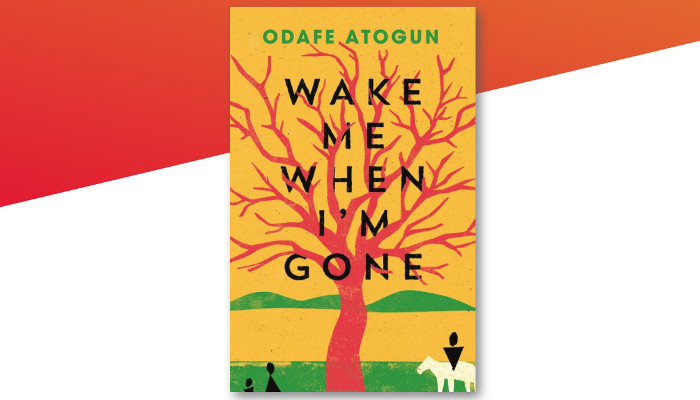 The powerful second novel from Odafe Atogun, one of the most exciting new literary voices in contemporary African writing.

Atogun was born in Nigeria, in the town of Lokoja, where the Rivers Niger and Benue meet, but hails from Edo State. His first novel, Taduno’s Song, was published to great critical acclaim in 2016. Now a full-time writer, he is married and lives in Abuja.

Wake Me When I’m Gone is a book about grief, love, motherhood and breaking the rules.

“It was in the painting that I first saw myself as countless suitors had often described me. Before then, I would frown at my face in a hand-held mirror, wondering what they saw that made me so beautiful in their eyes.”

Everyone says that Ese is the most beautiful woman in the region, but a fool. A young widow, she lives in a village, where the crops grow tall and the people are ruled over by a Chief on a white horse. She married for love, but now her husband is dead, leaving her with nothing but a market stall and a young son to feed.

When the Chief knocks on Ese’s door demanding that she marry again, as the laws of the land dictate she must, Ese is a fool once more. There is a high price for breaking the law, and an even greater cost for breaking the heart of a Chief …