A Gap in the Hedge, the powerful new novel from Johan Vlok Louw, author of Karoo Dusk
More about the book! 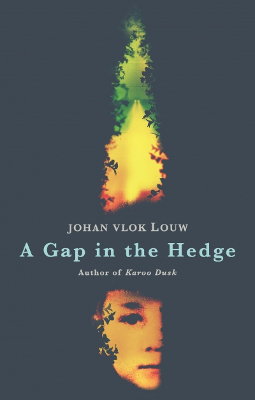 Penguin Random House South Africa is proud to present A Gap in the Hedge, the latest novel from Johan Vlok Louw:

When Karl wakes up in a dilapidated house on the outskirts of a South African mining town, he does not know who or where he is, but it’s clear that the townsfolk know him.

Next door lives a ten-year-old boy, Henry. Henry’s father is a violent drug-dealer, his mother helpless in protecting them against him.

A gap in the hedge between the two houses allows Henry to slip into Karl’s yard, and Karl and Henry strike up a gentle friendship as glimpses of Karl’s troubled past and his time in the army emerge.

When a drug deal goes wrong, Henry’s mother is killed. His father unceremoniously dumps her body in a disused mineshaft, but a murder investigation ensues after the body is discovered. All is not as it seems, however, and in a powerful climax the real connection between Henry and Karl is revealed.

Johan Vlok Louw is the author of two previous novels, Eric the Brave and Karoo Dusk. He was born in Cape Town, and after National Service did a stint in banking and spent some time underground in the gold mines. He studied fine art and design, and has worked as salesman, manager, franchise owner, director and chairman. He lives in Gordon’s Bay.