A compelling diary of a very bad year: 1986 by William Dicey – coming in January 2021
More about the book! 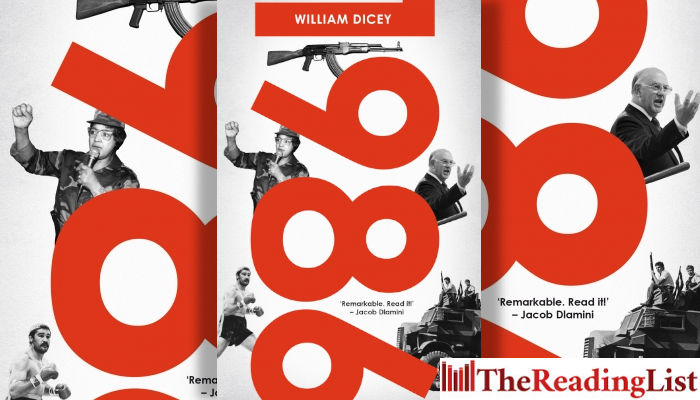 He focuses on ordinary people, showing what life was actually like under an authoritarian regime – from the six hours a day that black workers in KwaNdebele spent on buses to the rebel sporting tours that provided a distraction for white South Africans.

Some stories foreshadow the miracle of 1990 – for instance, the deputy commander of Pollsmoor Prison takes Nelson Mandela on a scenic drive around Cape Town, years before his eventual release. Other stories shine a light on our current conflicts.

Written in crisp prose, 1986 is a model of historical excavation, deftly evoking the spirit of the times.

William Dicey is author of the critically acclaimed Borderline (2004). He has worked as a mathematics lecturer, a book designer and a farmer. He divides his time between Ceres and Cape Town.

How Converse All Stars have been appropriated by white people: Read an excerpt from Sorry, Not Sorry by Haji Mohamed Dawjee

Read an extract from Jonathan Kaplan’s book Winging It, detailing the emotional process he went through using surrogacy to become a dad

Join Suzan Hackney and Karina M Szczurek for the launch of Tsk Tsk: The Story of a Child at Large at Kalk Bay Books