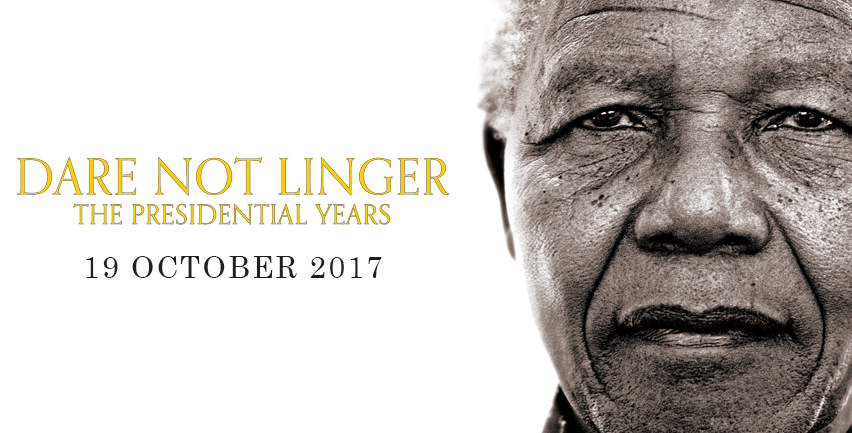 I have discovered the secret that after climbing a great hill, one only finds that there are many more hills to climb. I have taken a moment here to rest, to steal a view of the glorious vista that surrounds me, to look back on the distance I have come. But I can only rest for a moment, for with freedom comes responsibilities, and I dare not linger, for my long walk is not ended. – Long Walk to Freedom

On 19 October 2017 Pan Macmillan is proud to be publishing Dare Not Linger: The Presidential Years by Nelson Mandela and Mandla Langa.

With a prologue by Mandela’s widow Graça Machel, this hugely anticipated book tells the remarkable story of Nelson Mandela’s presidency from 1994-1999. It draws heavily on the sequel to Long Walk to Freedom, which he began writing in the last days of his presidency, but was unable to finish.

Now, the acclaimed South African writer, Mandla Langa, has completed the task using Mandela’s unfinished draft, detailed notes that Mandela made as events were unfolding and a wealth of previously unseen archival material. The result is a vivid and inspirational account of Mandela’s presidency, a country in flux and the creation of a new democracy. It tells the story of the transition from decades of apartheid rule and the challenges Mandela overcame to make a reality of his cherished vision for a liberated South Africa.

The book will be published simultaneously in the United States by Farrar, Straus & Giroux and the agent is Jonny Geller at Curtis Brown. Translation rights have been sold to Rosinante in Denmark, Editions Plon in France, Quadriga in Germany, Feltrinelli in Italy, Uitgeverij Atlas Contact in The Netherlands, FYM Forlag in Norway, Marcador in Portugal, Aguilar in Spain and Volante in Sweden.