Writing has changed my life: SJ Naudé discusses his new novel The Third Reel
More about the book! 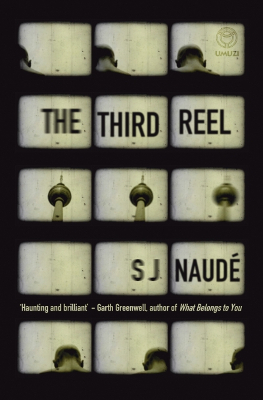 Ambitious and cosmopolitan, the material of The Third Reel is as disparate as the cities in which the book is set. Architecture, cinematography, sex, music, illness, loss and love all collide in this exquisitely wrought, deeply affecting novel.

Born in 1970, Naudé spent over a decade working as a corporate lawyer, in New York and London, before completing an MA in creative writing under the tutelage of Marlene van Niekerk. His first book, a collection of short stories called The Alphabet of Birds, was published in 2014 to great acclaim.

Paine asks Naudé about the setting of The Third Reel, which travels between South Africa, London and Berlin.

‘Sometimes one doesn’t quite know why one writes certain stories, and if you did know perhaps you would stop writing,’ Naudé says.

The Alphabet of Birds has been published locally in Afrikaans and English, and in the UK and the US, and has also been translated into Dutch and Italian.

‘When you start writing you have no idea if you will even get published. So I was very grateful for that,’ the author says. ‘And it has changed my life.’