Who will benefit from 4IR? Trevor Ngwane and Malehoko Tshoaedi explore the question in The Fourth Industrial Revolution: A Sociological Critique
More about the book! 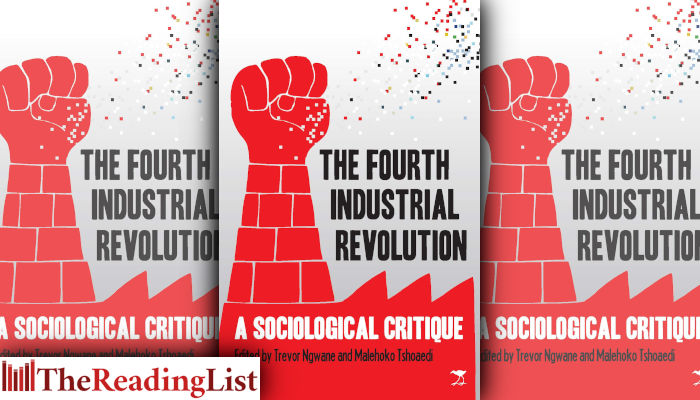 The Fourth Industrial Revolution: A Sociological Critique by Trevor Ngwane and Malehoko Tshoaedi is out now from Jacana Media.

One of the chief concerns regarding the Fourth Industrial Revolution (4IR) technologies is that they are owned and monopolised by advanced capitalist countries. Both between countries and within countries we find ‘the digital divide’. Most of humanity, having little or no access to widespread means of communication and access to information via the internet, will not benefit from the 4IR.

The promotion and adoption of these technologies without a plan to address this will lead to a more unequal world. The talk about people changing careers or learning new skills in the face of technologically driven job losses does not consider the differential skills and potentialities among people. Importantly, countries are told to do everything in their power not to be left behind by the 4IR. They are told that they must adopt these technologies come what may, without properly assessing country-specific and class-specific implications, threats and needs.

Is there any guarantee that agreeing to and adoption of the Fourth Industrial Revolution technologies by, say, African countries, will not have the same result – leaving them exploited and dominated by those who wield and own the new technologies?

Trevor Ngwane is a Senior Lecturer of Sociology and the Director of the Centre for Sociological Research and Practice at the University of Johannesburg. As a scholar activist he spent two decades working for labour, community and social movements. His book is Amakomiti: Grassroots Democracy in South African Shack Settlements (Jacana Media 2021). He has co-edited a book with Immanuel Ness and Luke Sinwell titled Urban Revolt: State Power and the Rise of People’s Movements in the Global South (Wits University Press, 2017). He is the current president of the South African Sociological Association.

Malehoko Tshoaedi is an Associate Professor of Sociology at the University of Johannesburg. She holds a PhD in Political Science and Gender Studies from the University of Leiden, the Netherlands. She is the co-editor (with Andries Bezuidenhout) of Labour Beyond Cosatu: Mapping the Rupture in South Africa’s Labour Landscape (Wits University Press, 2017). She is the co-editor (with Sakhela Buhlungu) of Cosatu’s Contested Legacy: South African Trade Unions in the Second Decade of Democracy (HSRC Press, 2012).