Who I Am by Melanie C – from small-town girl to overnight Spice Girls icon
More about the book! 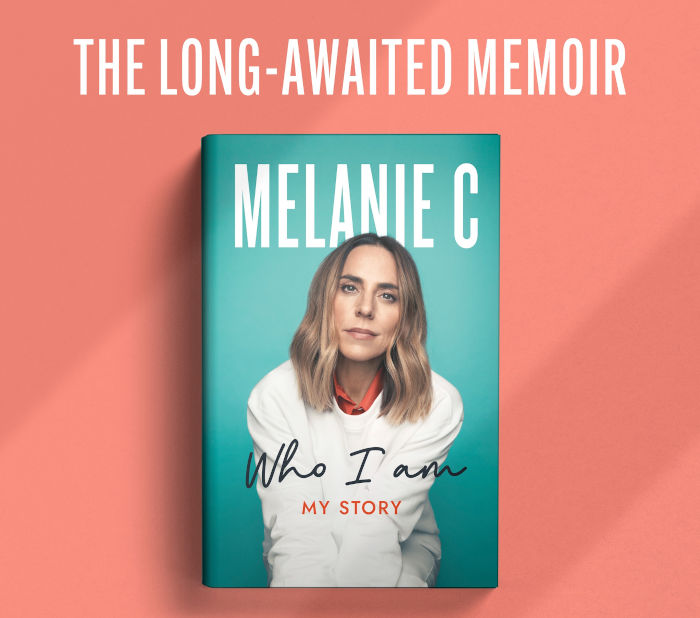 Who I Am – for the first time ever, Melanie C, aka Sporty Spice, tells her amazing life story in her own words and gives a full and honest account of what life was really like in The Spice Girls.

‘I never told my story before because I wasn’t ready. Now, finally, I am.’

25 years ago, The Spice Girls, a girl band that began after answering an advert in the paper, released our first single. ‘Wannabe’ became a hit and from that moment, my life changed for ever.

I was suddenly part of one of the biggest music groups in history, releasing hit after hit, performing to our wonderful fans and spreading the message of Girl Power to the world. It was everything I’d dreamed of growing up, and I’ve had some incredible times… The BRITs! The movie! Travelling the world playing iconic venues like Madison Square Garden, The O2, Wembley Stadium and The London 2012 Olympics!!!

When you’re a woman, though, that power can be easily taken away by those around you, whether by pressure, exhaustion, shaming, bullying or a constant feeling like you aren’t enough. I have been known as Sporty Spice, Mel C, Melanie C or just plain old Melanie Chisholm, but what you will read within the pages of this book is who I truly am, and how I found peace with that after all these years.

I have really enjoyed reminiscing and getting everything down on the page, and, though revisiting some of my darkest times was hard, I hope this book can be inspiring and empowering, as well as entertaining and give you a bit of a laugh.

Melanie Chisholm was born on 12 January 1975 in Whiston, Lancashire, and grew up in Widnes, Cheshire. She rose to fame as a member of The Spice Girls, who would become the bestselling girl group of all time. In 1999, she released her first solo album Northern Star, which sold four million copies worldwide, and since then has released seven albums.