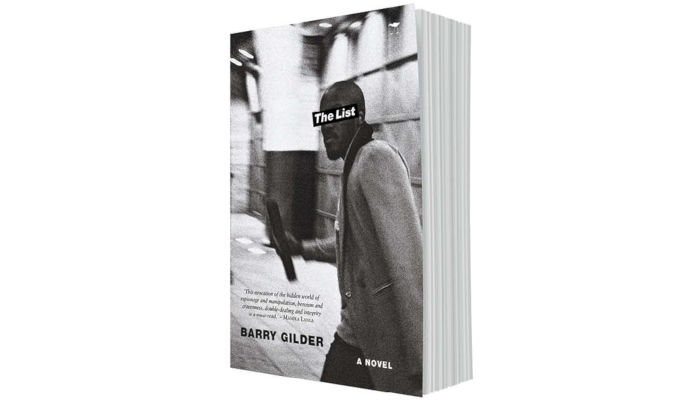 Barry Gilder’s debut novel The List is out in September from Jacana Media.

Although conceived and birthed well before the ANC’s December 2017 elective conference and the changes of the guard that ensued, The List imagines a ‘New Dawn’ for South Africa in the closing years of the 2010s. But is it dawn or dusk?

Barry Gilder went into exile in 1976, joined the ANC and MK, underwent intelligence training in the then Soviet Union, served in the ANC underground leadership in Botswana in the 1980s and returned to South Africa in 1991.

He is currently Director Operations at the Mapungubwe Institute for Strategic Reflection. He has a BA in English and Philosophy and a Master’s in Creative Writing from Wits University. He is the author of the non-fiction work Songs and Secrets: South Africa from Liberation to Governance (Hurst, Jacana 2012).

Rumours have abounded since the early days of South African democracy, of a list given to Nelson Mandela by apartheid securocrats of their agents infiltrated into the upper echelons of the ANC during the struggle years.

The List tells the story of a group of veterans of MK, of ANC intelligence and of the post-apartheid intelligence service, who are formed into a secret task team by the newly elected president to investigate the possibility of such remnants of apartheid security threatening to obstruct the radical changes that he and his team are planning.

The story follows these veterans and their nemeses through the struggle years, exile, the MK camps and into the years of democracy and hope, disillusion and hope again. It observes while the struggle veterans painstakingly attempt to pick through the detritus of the old regime in the new, but just as the moment of optimism begins to blossom, the task team uncovers a ghastly betrayal. Is it too late to save the president and the country?

‘It is fortuitous that the epigraph in Barry Gilder’s novel, The List, is taken from TS Eliot, the poet who once observed that the people couldn’t bear very much reality. Gilder has done wonders with his story. While majorly set in a dystopian future, the narrative weaves in and out of the reality of our blasphemed past and alerts us to the fact that what we have not addressed will certainly rise up to menace us, if not us, then certainly our children and their progeny. His evocation of the hidden world of espionage and manipulation, heroism and cravenness, double-dealing and integrity, ingredients baked in with the bitter bread of the New South Africa, has given us memorable characters. It will be difficult – after reading this book – to encounter an individual on the street and not imagine the journeys he or she must have taken towards the making or the unmaking of our fair democracy. It’s a must-read.’ – Mandla Langa