When Secrets Become Stories: Women Speak Out, edited by Sue Nyathi, with contributions from Lorraine Sithole, Desiree-Anne Martin, Mamokgethi Phakeng, Shafinaaz Hassim and others
More about the book! 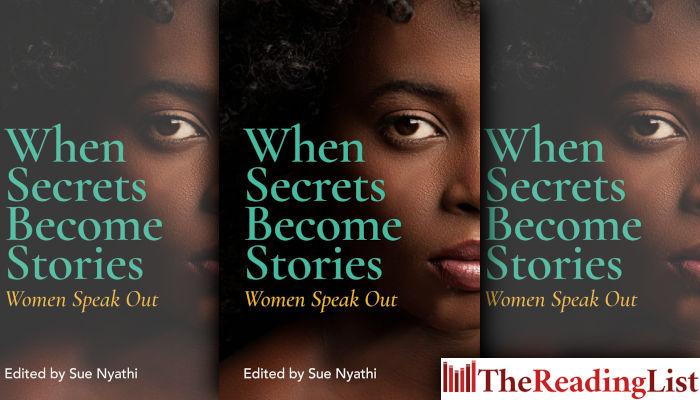 When Secrets Become Stories: Women Speak Out, edited by Sue Nyathi, is out in early July from Jonathan Ball Publishers.

A young girl on the Cape Flats is gifted in exchange for a bottle of alcohol, a woman is beaten by her boyfriend and told to bezekela (persevere), a businesswoman is asked for sexual favours to secure a contract, while a child rapist is released on bail after three years …

South Africa is a country at war with its women. Rarely a woman can be found who has not been the victim of some kind of abuse or does not know a friend or a family member who has. Gender-based violence takes many different forms – emotional, financial, physical, sexual and structural – and it can be meted out by strangers, intimate partners or a family member.

Many women are overcome by a sense of shame when they are sexually or emotionally abused but sharing what was once a secret, helps to break shame’s hold. ‘I am not defined by the abuse I have suffered,’ writes Sue Nyathi. ‘I am not a victim; I am a survivor.’

In When Secrets Become Stories, women from all walks of life, across racial lines, age and income demographics, boldly speak out.