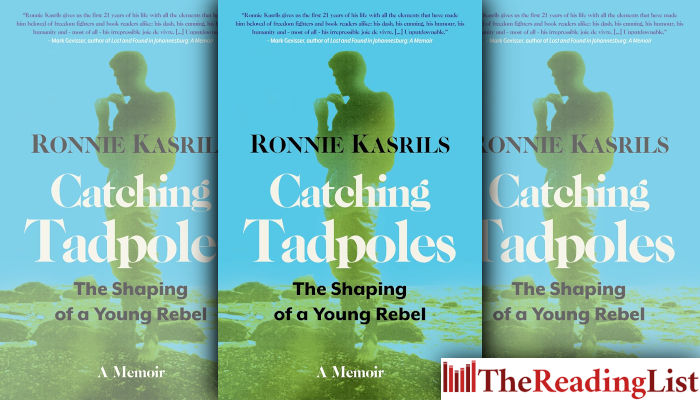 Catching Tadpoles: The Shaping of a Young Rebel, an extraordinary coming-of-age memoir from Ronnie Kasrils, is out in October from Jacana Media.

Ronnie Kasrils’s new memoir reflects on compelling questions as to what turned a white youngster from a modest background into a lifelong revolutionary of note.

Ronnie Kasrils gives us the first 21 years of his life with all the elements that have made him beloved of freedom fighters and book readers alike: his dash, his cunning, his humour, his humanity and – most of all – his irrepressible joie de vivre … Unputdownable. – Mark Gevisser

A tiny minority who abandoned a life of privilege were the antithesis of conventionality and toeing the line. What made those such as Kasrils break all the rules and confront white power with such courage, unbridled spirit and yearning for the truth?

This is a challenging and fascinating conundrum but Kasrils will claim he is no aberration of history. The answers to that question, which unravel through 20 years, will beguile readers as he peers back with endearing frankness into the origins and experiences of his formative years.

A Yeoville-born boykie with Yiddish roots, heartfelt empathy for the underdog, an instinctive rejection of authoritarianism in school and wider society were influences informing his adult life as revolutionary activist.

With a remarkable memory and flair for the written and spoken word the narrative revels in the social, sexual and political awakening of a roguish boy’s adventures with girls, rock music, bohemian culture and leaping across the colour barrier.

Kasrils’s tadpoles of the memoir’s title represent the submerged often illusive tracts of memory he searches for as he delves into the mystery of his metamorphosis. This stylistic element adds to the creativity of this fourth memoir.