‘We should be casting around September’ – Angela Makholwa reveals the details of the film adaptation of her novel Black Widow Society
More about the book! 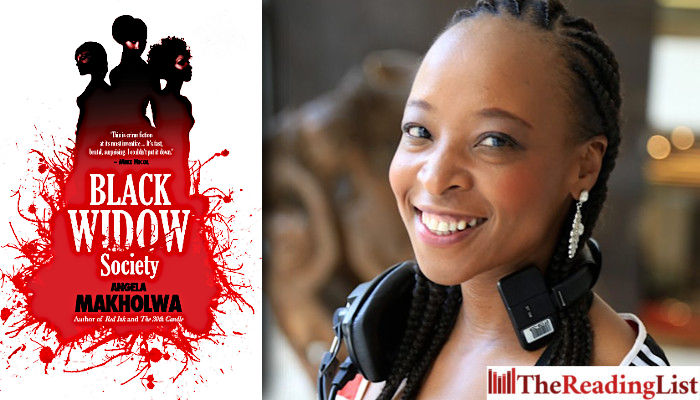 As The Reading List revealed back in July, Angela Makholwa’s bestselling novel Black Widow Society will soon be made into a feature film.

The author spoke to Jenny Crwys-Williams on Kaya FM recently about how the process is going.

‘It’s all systems go!’ Makholwa says. ‘With quite a few novels you get approached by producers to adapt into a screenplay or a television series, but it takes a very long time to actually see that process to fruition.

‘So what’s exciting about this particular project is that we are now at a phase where the screenplay has been approved, it’s just pending final edits, and we should be casting around September.’

Makholwa’s third novel tells the story of three well-respected businesswomen – Talullah Ntuli, Edna Whithead and Nkosazana Dlamini – who form the Black Widow Society, a secret organisation aimed at liberating women trapped in emotionally and physically abusive relationships by helping to ‘eliminate’ their errant husbands. The novel is dark, but also pacy and entertaining.

‘I think we’re going to have massive, massive fun,’ Makholwa says. ‘Whoever is going to be taking part in this is really going to enjoy the complexity of the characters, so it will need very strong actors to bring it home.

‘And also, what will be interesting is seeing the dynamic, because it’s a combination of dark humour, thriller, human interest, social commentary, so I’m excited and I’m looking forward to seeing the kind of individuals who’ll be able to portray those characters to a fine art.’

Makholwa says the plot of the movie will be slightly different from the book, but that fans of the original won’t be disappointed.

‘Audiences who have viewed adaptations would know that there’s usually a fair amount of deviation from the original novel,’ she says. ‘There is a fair bit of deviation, but I understand it because it’s different mediums, and on screen you have about 90 minutes max to allow a story that’s about 250 pages to unfold. So part of it is just practical, and I wasn’t too precious about that.

‘But I think audiences who have read the book will not be disappointed. They will be able to see the characters they love to hate, or love to love, come to life.’

Makholwa debuted in 2007 with her bestselling novel Red Ink, followed by the entertaining escapades and sexual misadventures of modern women in The 30th Candle (2009). Her third novel, Black Widow Society (2013), marked a return to a thrilling, crime-ridden world, while The Blessed Girl (2017) looks at the dynamics of the modern day phenomenon of blessers from the vantage point of a blessee.

The Blessed Girl was released in the United Kingdom in June this year, and in the interview Makholwa also speaks about how she had to rewrite the book’s ending for the UK market.