[Watch] Garth Japhet chats about his debut book Like Water is For Fish: The Power of Story in Our Lives
More about the book! 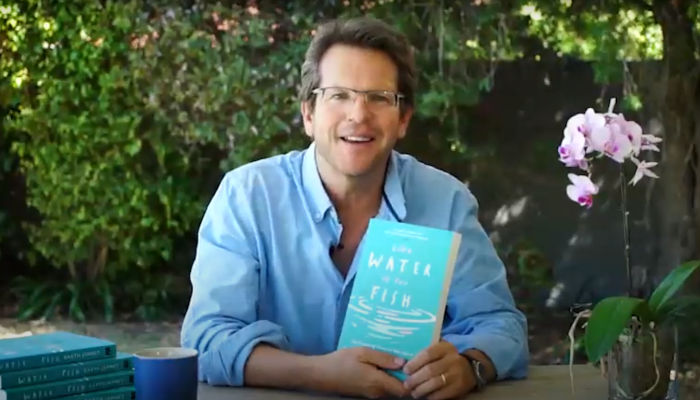 ‘An inspiring read that shows how stories and storytelling can change lives.’ – Lillian Dube

Pan Macmillan has shared a video of Dr Garth Japhet introducing his first book, Like Water is For Fish: The Power of Story in Our Lives.

Japhet is a medical doctor, co-founder of The Soul City Institute and founding CEO of Heartlines.

As a young boy, Japhet found his life radically shaped by the Jungle Doctor series of books. The stories so enthralled him that, against all advice, he set his heart on medicine. He could see his future – with a backdrop of savannas, golden sunsets, adventure and accolades – as a romantic figure, a healer, a hero.

This fantasy sustained Japhet through the challenges of medical training, but finally he arrived. He was Dr Japhet, living the dream. Except the dream was a nightmare. The reality of medicine was not the life he had hoped for. There were times when he cursed the power of the story that had so completely messed up his life. Having struggled with anxiety most of his life, he was catapulted into a deep depression.

And then it happened. Japhet stumbled upon the healing power of story – fictional, factual and his own. What magic was at work here? If stories had changed him, could he use story to change others? This question set him on the journey described in Like Water is for Fish.