Watch Emmanuel Taban introducing his new book The Boy Who Never Gave Up: A Refugee’s Epic Journey to Triumph
More about the book! 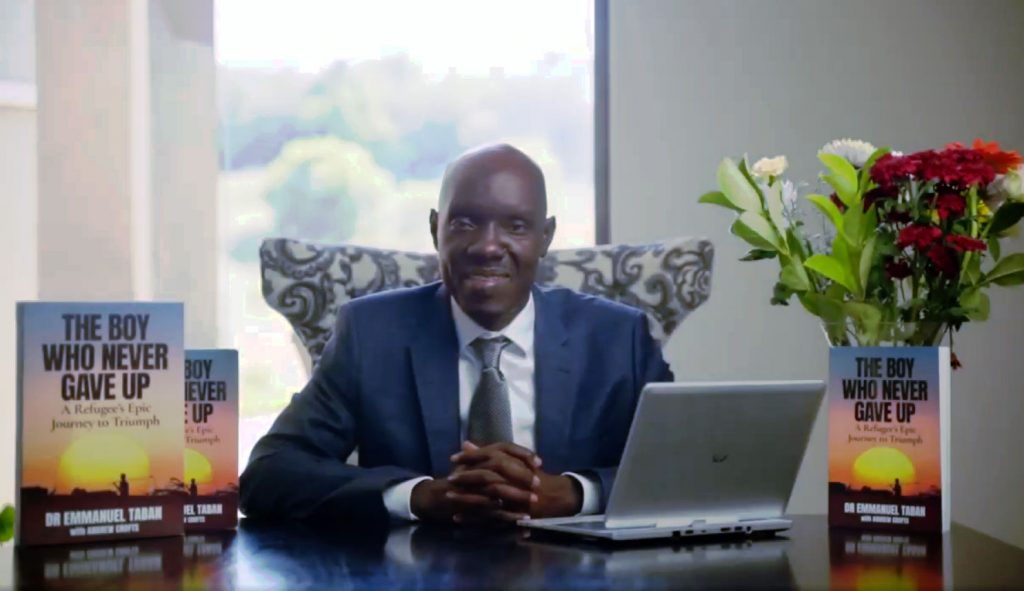 The Boy Who Never Gave Up: A Refugee’s Epic Journey to Triumph by Emmanuel Taban and Andrew Crofts is out in March from Jonathan Ball Publishers.

In 1994, 16-year-old Emmanuel Taban walked out of war-torn Sudan with nothing and nowhere to go after he had been tortured by government forces. Today, he is a leading pulmonologist in South Africa, at the forefront of the Covid-19 pandemic.

Watch a video of Taban introducing his book:

When the 17-year-old Emmanuel Taban arrived in Johannesburg from war-torn South Sudan with nothing, he had only five years of education behind him. Today this former Medunsa student is a highly qualified pulmonologist, with a European Diploma in adult respiratory medicine. During 2020, he was at the forefront of the treatment of Covid-19 patients in ICU. Taban was the first pulmonologist in the world to perform a therapeutic bronchoscopy on a hypoxemic Covid-19 patient, discovering that some deaths from Covid-19 pneumonia are due to fibrinous mucus plugs.