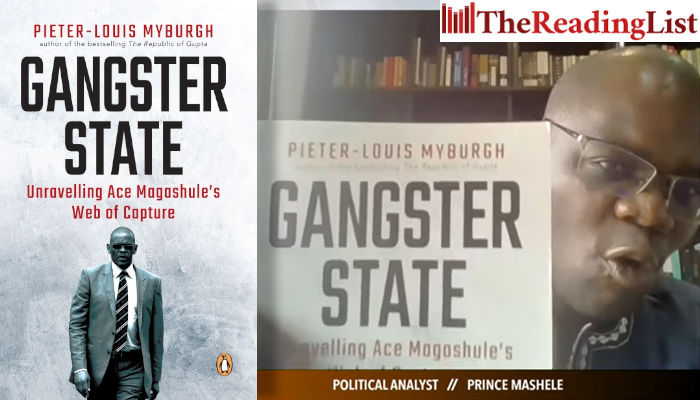 Political analyst Prince Mashele says he doesn’t understand why ANC Secretary General Ace Magashule is still free despite all the evidence stacked against him.

‘There is a book, Gangster State – it’s full of evidence, damning evidence, that Ace Magashule has stolen money,’ he recently told Ayanda Nyathi on the Newzroom Afrika AM Report.

‘I actually don’t understand, we have the evidence, but here the man is walking around like you and I as if he’s innocent. The fact that he’s roaming around free tells you a lot about the ANC as a chief protector of criminals,’ Mashele says.

‘There are allegations, very damning evidence, contained in a book that Ace Magashule has stolen money in the Free State,’ he adds. ‘We as the public must thank the media for letting us know what’s going on in politics. Without television, without newspapers, we would not know what Ace Magashule does at night, which is to steal public money.’

Mashele’s words have sparked intense debate on Twitter, with people praising and criticising his opinions in equal measure.

In Gangster State: Unravelling Ace Magashule’s Web of Capture, investigative journalist Pieter-Louis Myburgh ventures deeper than ever before into Magashule’s murky dealings, from his time as a Struggle activist in the 1980s to his powerful rule as premier of the Free State province for nearly a decade, and his rise to one of the ANC’s most influential positions. Myburgh recently won the Taco Kuiper Award for Investigative Reporting for his book.