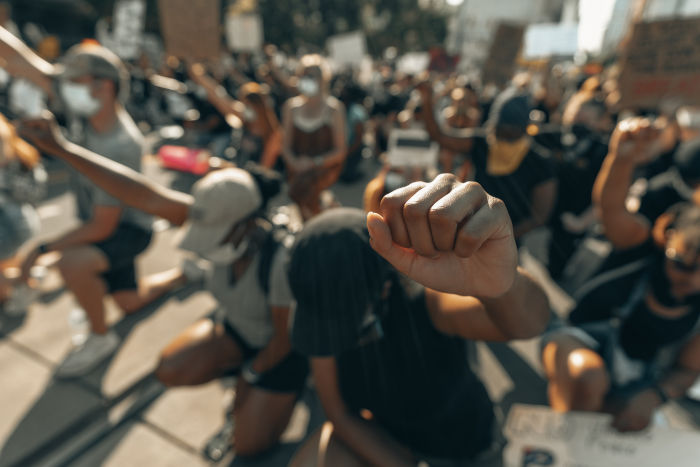 Can we hold others accountable for things we too have been guilty of? Yes, and we should. More than that, we must take the time to truly interrogate our own humanity and unlearn our investments in power structures if we are truly to demand justice without hypocrisy.

Unlearning, relearning and solidarity in a time of crisis

I have recently found myself deeply reflective of not only the state of the world, but also the way in which I occupy this world to do what I believe is my work. The work I refer to here is the work of reimagining a deeply wounded humanity. I have been particularly reflective of an incident that briefly brought my own unlearning and growth as an advocate for social justice into question. A tweet of mine, from 10 years ago, in which I expressed fatphobic sentiments was posted in the midst of an effort to demand accountability, and particularly of those who make it their work to demand it of others. Upon seeing the tweet, I knew exactly when I posted it, despite the date not being included in the post. I was newly out and exploring the segregated queer nightlife scene in Cape Town. I was the hot young thing on the scene and enjoying every ounce of attention I could soak up on the shallow end of a deeply problematic power dynamic of body politics. Politics I knew all too intimately.

Always a scrawny child, the advent of my adolescence brought with it a very unwelcome change: fat. An inexplicable increase and appetite and body fat sent my mother into a panicked fact-finding mission with pharmacists and doctors to explain my weight gain. ‘What is wrong with this child? Why is he eating so much?’ was the recurring question asked – right in front of me, as if I wasn’t there. I had become the subject of a research question – something to be solved. When informed that it was a by-product of a pre-adolescent metabolism trying to find its equilibrium, she begrudgingly lugged me home with my newfound baggage.

In the ensuing years ‘Yoh, but you’re fat!!’ led the cacophony of voices disguising fatphobia as affection wherever I would go. It must be said that I was actually just chubby by most standards, but compared to my family I was overweight. In the six years of shame, my fatness entered everywhere before my personhood. Of all the things I tried to cover up, this was one I could not hide. It was as real as me and immovable too. Escaping the shapeless, unremarkable silhouettes of white movie stars read as a failure of the body. A failure that chipped away my self-esteem daily as I stewed in powerlessness. Nothing about me could be beautiful while I was fat. Nothing about me could be remarkable while I was fat. The more I tried to shrink myself, the more my body was magnified for inspection.

In the last years of my teens, I started losing the weight. I was so grateful to have a shot at being the person everyone seemed to mourn the loss of. My fat was an occasion for mourning and grief from which I was finally going to be released. I developed a neurosis about weight and stuck to a very controlled eating schedule. Controlled portions, no food after 8pm, fewer snacks, only eating when I was considerably hungry. I wanted, at all costs, to avoid ever being fat again. Although my fat was a completely natural part of my bodily development, I learnt that it was never natural nor acceptable. I also learnt that I could never be happy with it, or happy at all. So, losing the weight felt like an achievement and a victory. It was the attainment of normalcy and subsequently happiness. Through being fat I learnt who the people are that one should never be. The ultimate ‘not me’ figure, as Rosemary Garland-Thomson writes, our conceptions of people with disabilities, who often are kept out of the room when we discuss oppression and privilege.

Newly emancipated from closetedness, that night at Beaulah Bar in Cape Town’s queer centre, I saw a fat person wearing skinny jeans – like me. They were happy and enjoying themselves, just like I was. The sheer ‘audacity’ made no sense to me. More than that, they rendered my achievement of un-fatness meaningless and disregarded the power I was meant to hold over the space as a desirable body. My resentment had nothing to do with them, but I realised that I didn’t love myself any more despite my new desirability. My desirability relied on the creation of the undesirable ‘other’, in this case, a fat person. This also rendered all the discomfort I endured at the hands of others unnecessary, when it was possible to love myself. My long-awaited entry into a position of power lost its charm. We understand our positions of power in society very well, and when those who occupy lower positions in the hierarchy share space with us, we expect them to perform self-deprecation for our fragile sensibilities. There I was, just the same as a fat person, who with a simple fashion choice, had sent my entire privileged house of cards tumbling to the floor. I was annoyed to say the least.

As I grew and had many more confrontations with power, my own and others’, I realised that as much as I was socialised into these systems, I can also choose. I can choose to use the license granted to me to oppress others, so I choose not to. I have realised that my biggest weapon against others is complicity in action and in thought. The agreements we make with power include a commitment to pretend we don’t know what is happening to those around us. It is central to the work I do to blow the lid on those agreements. We know and we choose every day.

There is often a question of hypocrisy and sincerity when those who now fight for social justice were once bigoted in one form or another. Can we hold others accountable for things we too have been guilty of? Yes, and we should. More than that, we must take the time to truly interrogate our own humanity and unlearn our investments in power structures if we are truly to demand justice without hypocrisy. We must also commit to an endless process of unlearning which has no final destination. Dismantling oppressive systems depends on those of us who are willing to admit that we know that the system is real and once relied on us to survive. To admit that you were once a pawn is not hypocrisy. It is honesty. However, it is only honesty if you do not continue to offer yourself to complicity.

I know what it’s like to be on both ends of the spectrum of oppression and privilege and I once aspired to gain the right to oppress. As I saw it, it was the only gateway to a life of ease. Despite how easy it was, I chose differently and continue to choose differently. This introspection has been weighing heavily on me for weeks and although I have personally resolved it, it will remain a reference point for unlearning as I move ahead.

In a time of unprecedented crisis, the question of creating a new world free from the systems that have curtailed freedom persists. It seems impossible, but through cumulative efforts at self-improvement towards true humanity, we can create this world. At the centre of all our decision making must be the highest regard for human dignity and all life, respect for our environment and a commitment to systems that do not cause harm, whatever the requirements. Among those requirements are the abolishment of institutions created to maintain racial, gendered and sexual injustice – policing being one example. Dismantling the education systems built to miseducate and uninform us, by teaching histories and phenomena that obscure the validity of retributive justice for millions of systemically excluded people, is another. Legal systems that are descended from times when the law served to punish enslaved and impoverished people for demanding justice must be reformed. Our biggest stumbling block in this time is individualism and the impulse to pass up responsibility for what is now diffused culpability. Divest, in thought and action, from ‘the system’ as a foundation of civilisation. It has not ever been that.

We know and have known for a long time what is wrong with the world. The choices we make with that knowledge is what must change. We must choose for the benefit of everyone.

Born in Cape Town, Jamil F Khan is a researcher, author, columnist and poet who is now based in Johannesburg. His research focuses on the politics of creolisation and Coloured identities in South Africa while exploring the interrelationships of power in race, ethnicity, gender, identity and sexuality. He is a doctoral candidate in critical diversity studies. His debut book, Khamr: The Makings of a Waterslams, was published by Jacana Media this year.