Time Magazine has named The Pink Line by Mark Gevisser as one of the 100 Must-Read books of 2020!
More about the book! 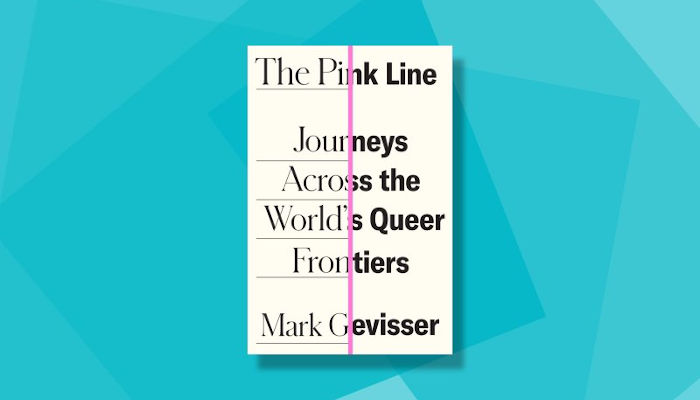 Time Magazine has released its 100 Must-read Books of 2020 – including Mark Gevisser’s The Pink Line: Journeys Across the World’s Queer Frontiers!

The list, according to Time, rounds up the fiction, nonfiction and poetry that ‘deepened our understanding, ignited our curiosity and helped us escape’.

Other books on the list include Conditional Citizens by Laila Lalami, A Girl is a Body of Water by Jennifer Nansubuga Makumbi, Intimations by Zadie Smith, Kim Jiyoung, Born 1982 by Cho Nam-Joo, The Lying Life of Adults by Elena Ferrante and The Mirror & the Light by Hilary Mantel.

The Pink Line is an exploration of how the conversation around sexual orientation and gender identity has come to divide – and describe – the world in an entirely new way over the first two decades of this century.

Six years in the making, the book follows protagonists from nine countries all over the globe to tell the story of how ‘LGBT Rights’ became one of the world’s new human rights frontiers in the second decade of the 21st Century.

Read what Time has to say about the book:

‘To see things from a “queer perspective” is to look at the world askance, to see it afresh,’ writes South African author and journalist Mark Gevisser in his latest work, The Pink Line: Journeys Across the World’s Queer Frontiers. Seven years in the making, Gevisser introduces readers to the lives of LGBTQ people around the world, including a gay Ugandan refugee traveling to Canada for resettlement, transgender software engineers in Bangalore and queer Egyptian activists in Cairo. Each chapter telling a personal story is interwoven with analysis of how questions of gender identity and sexual orientation have risen to prominence in global discourse over the past 20 years – from the culture wars over transgender rights to the way globalization has both broken down boundaries between nations and built up international movements for LGBTQ rights. Through his storytelling and analysis, Gevisser transports readers to the frontiers in the fight for LGBTQ rights and identities.