‘Hugely ambitious and brilliantly executed, an engrossing and essential read’ – Praise for Mark Gevisser’s new book The Pink Line
More about the book! 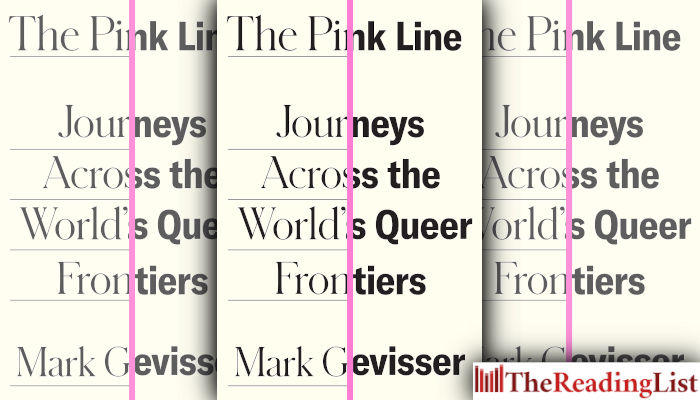 Six years in the making, The Pink Line follows protagonists from nine countries all over the globe to tell the story of how ‘LGBT Rights’ became one of the world’s new human rights frontiers in the second decade of the 21st Century.

Praise for The Pink Link:

‘This is a valuable book not only for the quality of Gevisser’s analysis and the scope of his research, but because he spends a good deal of time with the people on whose lives he focuses. He does not just sail into such cities as Cairo, Nairobi, Kampala, Ramallah and Istanbul, interview a few gay locals, deplore their plight and depart. He sticks around; he finds people whose lives he can follow over a couple of years. He hangs out with them, enjoys their company; he renders them in all their complexity…. In [these] sections, Gevisser becomes almost a novelist …’ – Colm Tóibín, The Guardian

‘Gevisser has produced that rare book of non-fiction – rigorously researched, meticulously analysed and beautifully crafted. The Pink Line is not just necessary reading for those who care about justice, it ought to be mandatory.’ – Sisonke Msimang, author of Always Another Country

‘Both global and intimate, both analytical and richly narrative, The Pink Line follows across continents the preeminent global divide of the early 21st century: the rights to sexual orientation and gender identity. Hugely ambitious and brilliantly executed, it is an engrossing and essential read.’ – Jonny Steinberg, author of One Day in Bethlehem

‘In this masterful recounting of sexuality and identity around the globe, Mark Gevisser achieves an almost shocking empathy. His accounts are riveting, brilliantly researched, liberal and forthright. He talks to people with and without privilege, of every race and of every nationality, limning the aspects of queer experience that are universal and those that are local. In intimate, often tender prose, he brings to life the complex movement for queer civil rights and the many people on whom it bears. Whether recounting suffering or triumph, Gevisser is a clear-sighted, fearless, and generous guide.’ – Andrew Solomon, author of Far From the Tree: Parents, Children, and the Search for Identity

‘A monumental achievement. Gevisser’s survey of today’s global landscape of sexuality and gender is breathtaking in both its scope and insight. The Pink Line is timely, important, and never less than compelling.’ – Rebecca Davis, author and journalist