This Mournable Body – the new novel from Tsitsi Dangarembga is here!
More about the book! 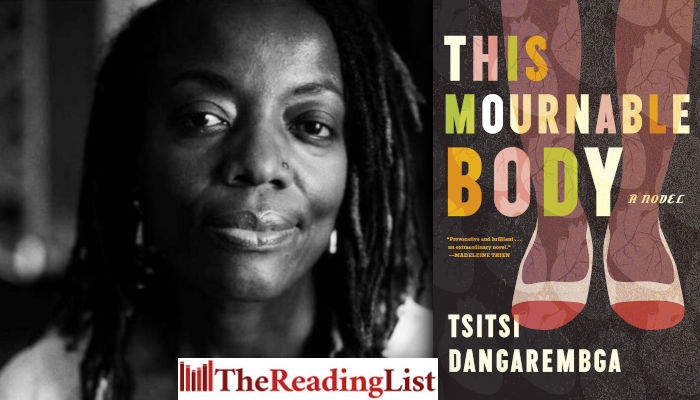 This Mournable Body by Tsitsi Dangarembga – a searing novel about the obstacles facing women in Zimbabwe, by one of the country’s most notable authors.

Anxious about her prospects after leaving a stagnant job, Tambudzai finds herself living in a run-down youth hostel in downtown Harare. For reasons that include her grim financial prospects and her age, she moves to a widow’s boarding house and eventually finds work as a biology teacher. But at every turn in her attempt to make a life for herself, she is faced with a fresh humiliation, until the painful contrast between the future she imagined and her daily reality ultimately drives her to a breaking point.

In This Mournable Body, Tsitsi Dangarembga returns to the protagonist of her acclaimed first novel, Nervous Conditions, to examine how the hope and potential of a young girl and a fledgling nation can sour over time and become a bitter and floundering struggle for survival. As a last resort, Tambudzai takes an ecotourism job that forces her to return to her parents’ impoverished homestead.

This homecoming, in Dangarembga’s tense and psychologically charged novel, culminates in an act of betrayal, revealing just how toxic the combination of colonialism and capitalism can be.

Tsitsi Dangarembga is the author of two previous novels including Nervous Conditions, winner of the Commonwealth Writers Prize, and The Book of Not. She is also a filmmaker, playwright, and the director and founder of the Institute of Creative Arts for Progress in Africa Trust. She lives in Harare, Zimbabwe.

‘Searing and enlightening. Tsitsi Dangarembga has delivered a highly anticipated, devastating portrayal of a woman who, like her country, endures a continuous path of destruction.’
– Sefi Atta, author of Everything Good Will Come

‘Finally, Dangarembga’s highly anticipated third novel is here. This Mournable Body is worth the wait, and Tsitsi Dangarembga has written it beautifully and compellingly. A must read for every lover of African fiction.’
– Helon Habila

‘A haunting evocation of the nature of small defeats. Only a writer steeped in Zimbabwean life – with her unflinching gaze fixed on the individual, and with a social vision that brooks no sentimentality – could have given us the fraught heroine of this starkly written novel. Tsitsi Dangarembga proves yet again that hers is a maverick voice.’
– A Igoni Barrett

‘Heartbreaking and piercing … Tambudzai is an outstanding and memorable character … This is a smartly told novel of hard-earned bitterness and disillusionment.’
– Publishers Weekly

‘The novel explores how race, gender, class, and age are at play in Zimbabwe, and the overwhelming strength of these forces in the face of even the most optimistic and ambitious women.’
– Vanity Fair

‘Dangarembga gives us something rare: a sparkling anti-heroine we find ourselves rooting for.’
– The Washington Post

‘This Mournable Body is a story of triumph, not despair.’
– The New York Times