The winner of the 9th Sol Plaatje EU Poetry Award has been announced! 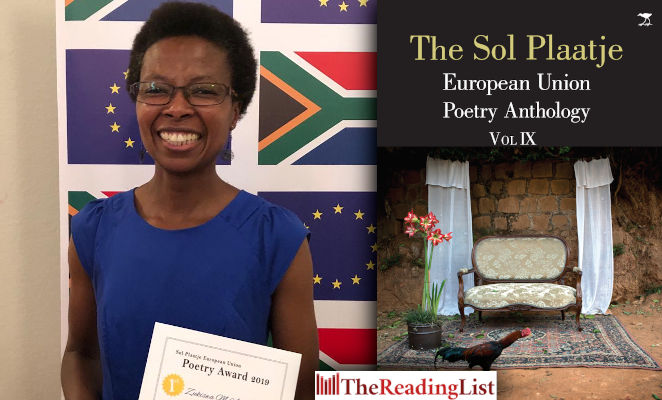 Named after Solomon Tshekisho Plaatje (1876–1932), the award recognises the life and vision of this highly respected political and social activist. The JLF always hopes that it reveals the political and social attitudes of our time, and reflects the complex, nuanced and uncomfortable truths of life in South Africa, and thus, poems which reflect our current realities are warmly welcomed.

The runner up was Wesley Roodt and Beatrice Willoughby came in third.

The historic venue, 6 Spin Street, around the corner from Parliament, was filled with South Africa’s ambassadorial heavyweights. In town for State of the Nation Address on 12 February the full house of writers, poets and diplomats enjoyed an evening of poetry, wine and performance, enlivened by the strong message from Poet Laureate Mongane Wally Serote.

In his keynote address, Dr Serote paid tribute to the European Union’s passion for multilingualism by supporting this prize. He stressed the importance of translating local literature into all South African languages, and wondered why there was so little support in doing this from the Department of Arts and Culture. Poets writing in every South African language depend on the European Union’s support, Serote said.

Maggie Davey, of Jacana Media, recalled the great support of one of the instigators of the prize, Keorapetse ‘Bra Willie’ Kgositsile, how poets responded to the social drama of the new and free state, and how the ongoing engagement of poets in this arena was of importance.

Bra Willie was close to Langston Hughes and Gwendolyn Brooks, poets at the centre of the United States civil rights movement, and his passion for poetic responses to a changing society was to some degree informed by this.