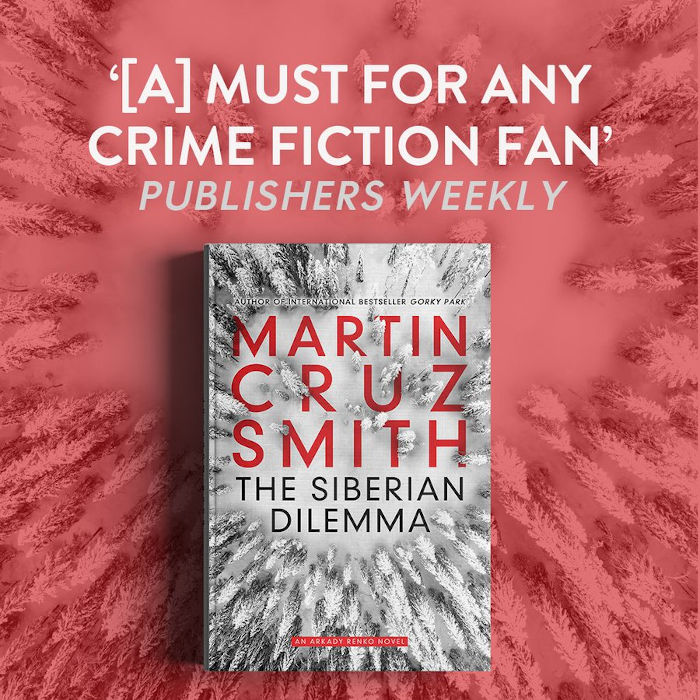 The Washington Post has called award-winning, bestselling author Martin Cruz Smith ‘that rare phenomenon: a popular and well-regarded crime novelist who is also a writer of real distinction’.

In the latest continuation of his unforgettable series, he brings us to the inside world of shadowy political figures and big-wig oil oligarchs providing us with an authentic view of contemporary Russia, infused with his trademark wit.

Investigator Arkady Renko, described as ‘one of the most compelling figures in modern fiction’ by USA Today, finds himself travelling deep into Siberia when journalist Tatiana Petrovna disappears on a case.

Journalist Tatiana Petrovna has disappeared. Arkady Renko, iconic Moscow investigator and Tatiana’s on-off lover, hasn’t seen her since she left on a case over a month ago. No one else thinks Renko should be worried – Tatiana is known to disappear during deep assignments – but he knows her enemies all too well and the criminal lengths they will go to keep her quiet. Given the opportunity to interrogate a suspected assassin in Irkutsk, Renko embarks on a dangerous journey to Siberia to find Tatiana and bring her back.

Renko finds Siberia to be a land of shamans and brutally cold nights, oligarchs wealthy on northern oil and sea monsters that are said to prowl the deepest lake in the world. With these forces at work against him, Renko will need all his wits about him to get Tatiana out alive.