The Secret Messenger – the highly awaited new novel from Mandy Robotham, the bestselling author of The German Midwife
More about the book! 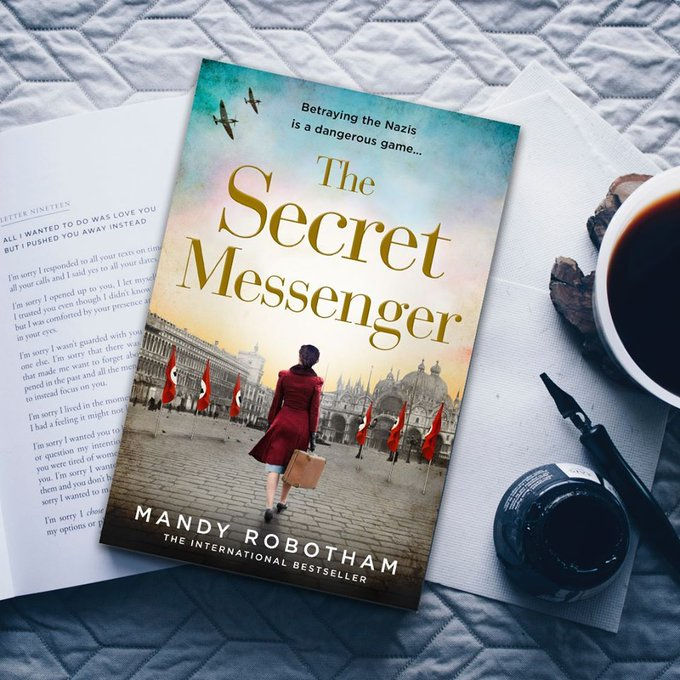 The Secret Messenger by Mandy Robotham is out in March from Jonathan Ball Publishers!

Set between German-occupied 1940s Venice and modern-day London, this is a fascinating tale of the bravery of everyday women in the darkest corners of WWII, for fans of The Tattooist of Auschwitz by Heather Morris.

The world is at war, and Stella Jilani is leading a double life. By day she works in the lion’s den as a typist for the Reich; by night, she risks her life as a messenger for the Italian resistance. Against all odds, Stella must impart Nazi secrets, smuggle essential supplies and produce an underground newspaper on her beloved typewriter.

But when German commander General Breugal becomes suspicious, it seems he will stop at nothing to find the mole, and Stella knows her future could be in jeopardy.

Years later, Luisa Belmont finds a mysterious old typewriter in her attic. Determined to find out who it belonged to, Luisa delves into the past and uncovers a story of fierce love, unimaginable sacrifice and, ultimately, the worst kind of betrayal …

Mandy Robotham is a Globe and Mail, USA Today, and Canadian, US and Australian Kindle Top 100 bestseller. She has been an aspiring author from the age of nine, but was waylaid by journalism and later enticed by birth. She’s now a practising midwife who writes about birth, death, love and everything else in between. She graduated with an MA in Creative Writing from Oxford Brookes University.