The Rise of the Ultra Runners by Adharanand Finn – an electrifying and inspiring account of one of the toughest sports in the world
More about the book! 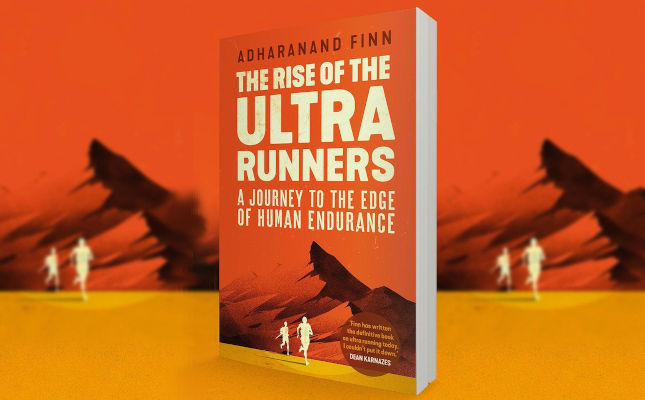 The Rise of the Ultra Runners: A Journey to the Edge of Human Endurance by Adharanand Finn is out now from Jonathan Ball Publishers.

Marathons are no longer enough.
Pain is to be relished, not avoided.
Hallucinations are normal.

Ultra running defies conventional logic. Yet this most brutal and challenging sport is now one of the fastest-growing in the world. Why is this? Is it an antidote to modern life, or a symptom of a modern illness?

Adharanand Finn travelled to the heart of the sport to find out – and to see if he could become an ultra runner himself. His journey took him from the deserts of Oman to the snow-capped peaks of the Rockies, and on to his ultimate goal, the 105-mile Ultra-Trail du Mont-Blanc.

The Rise of the Ultra Runners is the electrifying, inspirational account of what he learned along the way. Through encounters with the sport’s many colourful characters and his experiences of its soaring highs and crushing lows, Finn offers an unforgettable insight into what can be found at the boundaries of human endeavour.

‘Finn has written the definitive book on ultra running today. I couldn’t put it down.’ – Dean Karnazes

Adharanand Finn is the author of Running with the Kenyans (2012) and The Way of the Runner (2015). The first of these was the Sunday Times Sports Book of the Year, won Best New Writer at the British Sports Book Awards and was shortlisted for the William Hill Sports Book Award. He is a journalist at the Guardian and also writes regularly for the Financial Times, the Independent, Runner’s World, Men’s Health and many others.