The Office of Gardens and Ponds – A mesmerising fable with a difference, set in Japan over 1000 years ago
More about the book! 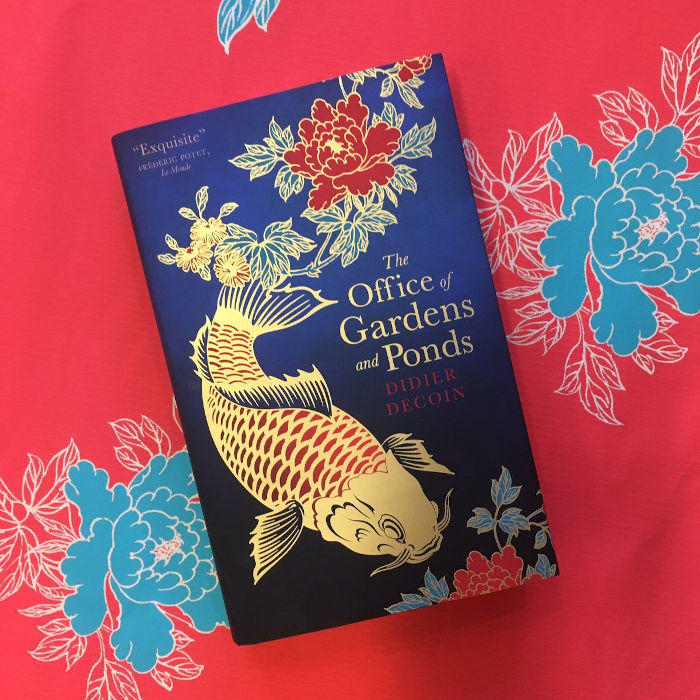 Didier Decoin’s exquisite and captivating mystery The Office of Gardens and Ponds is out soon from Jonathan Ball Publishers.

The village of Shimae is thrown into turmoil when master carp-catcher Katsuro suddenly drowns in the murky waters of the Kusagawa river. Who now will carry the precious cargo of carp to the Imperial Palace and preserve the crucial patronage that everyone in the village depends upon?

Step forward Miyuki, Katsuro’s grief-struck widow and the only remaining person in the village who knows anything about carp. She alone can undertake the long, perilous journey to the Imperial Palace, balancing the heavy baskets of fish on a pole across her shoulders, and ensure her village’s future.

So Miyuki sets off. Along her way she will encounter a host of remarkable characters, from prostitutes and innkeepers, to warlords and priests with evil in mind. She will endure ambushes and disaster, for the villagers are not the only people fixated on the fate of the eight magnificent carp.

But when she reaches the Office of Gardens and Ponds, Miyuki discovers that the trials of her journey are far from over. For in the Imperial City, nothing is quite as it seems, and beneath a veneer of refinement and ritual, there is an impenetrable barrier of politics and snobbery that Miyuki must overcome if she is to return to Shimae.

Didier Decoin was 20 when he published his first book, Le Procès à l’amour. It was followed by some 20 other titles, including Abraham de Brooklyn and John l’Enfer. He is currently Secretary General of the Académie Goncourt, has been Chairman of the Écrivains de Marine since 2007 and is a member of the Académie de Marine. He spent 14 years on the writing of The Office of Gardens and Ponds.

The Office of Gardens and Ponds is translated by Euan Cameron.