The Master – the story of Roger Federer’s life and career on both an intimate and grand scale
More about the book! 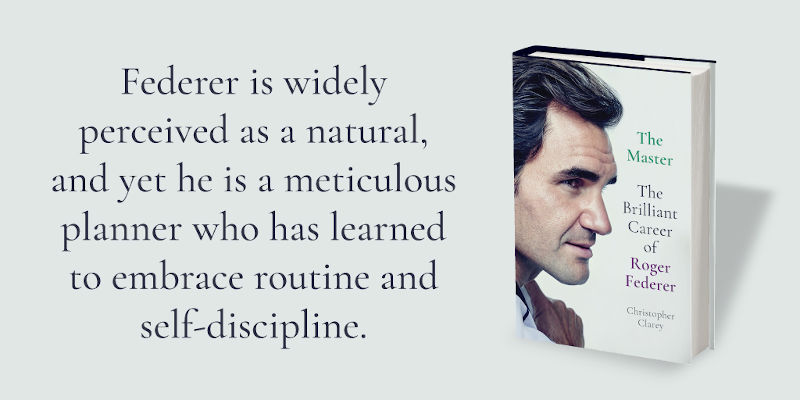 The Master: The Brilliant Career of Roger Federer by Christopher Clarey is out now from Jonathan Ball Publishers.

Widely regarded as one of the greatest ever sportspeople, Roger Federer is a beloved as a phenomenon, a symbol of enduring greatness and yet is intensely private. But his path from temperamental, bleach-blond teenager with dubious style sense to one of the greatest, most self-possessed and elegant of competitors has been a long-running act of will, not destiny.

Based on 20 years of one-on-one interviews with Federer and with wide access to Federer’s inner circle, including his coaches and key rivals, legendary sports reporter Christopher Clarey’s account will be a must-read retrospective for the loyal sports fan, and anyone interested in the inner workings of unfaltering excellence.

The Master is the engaging and thrilling biography of one of the best tennis players ever to play the game.

Find out more about The Nickel Boys – the chilling, masterful new novel from Colson Whitehead