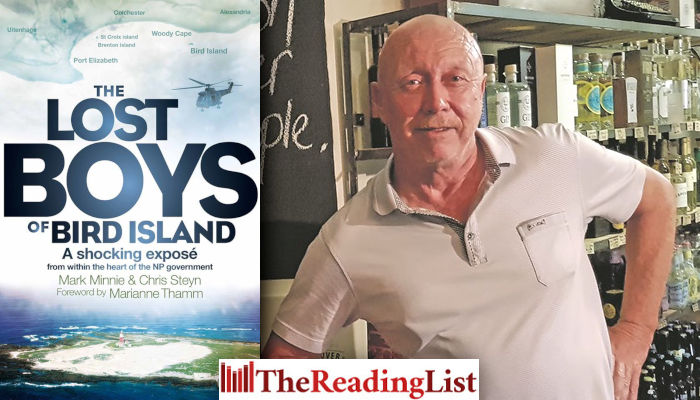 Before his death, Mark Minnie was ‘determined to reveal further evidence’ about the alleged paedophilia ring involving prominent National Party cabinet ministers revealed in his new book The Lost Boys of Bird Island, according to his publisher Tafelberg.

The Lost Boys of Bird Island, co-authored by Minnie and Chris Steyn, names three former National Party ministers, including Magnus Malan, as central figures in the systematic abuse, rape and possible murder of a number of children, most of them vulnerable and black, during apartheid.

Minnie was found dead on Tuesday morning, one week after the release of the book. His body was found near Port Elizabeth.

In a statement, Tafelberg said it had last had contact with Minnie was on Sunday night, but that he had been out of reach since Monday morning. His cellphone had been switched off and he hadn’t responded to emails.

‘In the week preceding his death, Minnie had said nothing to Tafelberg to indicate that he might harm himself,’ the statement reads. ‘He was excited about the publication of the book and the disclosure of allegations which, according to him, had been covered up for thirty years.

‘He said that the book was “only the beginning” of the process to have justice prevail for the victims whose stories are told in the book.’

According to Tafelberg, Minnie said he had successfully followed up several leads in Port Elizabeth in the past week and was ‘determined to reveal further evidence’.

The publisher says he was also looking forward to attending the Open Book Festival in Cape Town, where he and co-author Chris Steyn were going to discuss the book with journalist Marianne Thamm.

Steyn said she was shattered by Minnie’s unexpected death and stood by every word in the book, according to the statement. She said: ‘Mark said it was our task to have justice prevail for the victims. He would have wanted me to continue and that is exactly what I’ll be doing.’

The Foundation for Human Rights has been in contact with Steyn with the intention of taking up the matter exposed in the book on behalf of the boys of Bird Island. Steyn welcomed this, saying: ‘Mark will never know about this, but it is exactly what he hoped for. It is too late for him, but not for the victims.’

The Reading List received the following statement from the publishers of The Lost Boys of Bird Island, NB Publishers:

Media24 is required to reach out to all online content referencing the book, The Lost Boys of Bird Island as part of a settlement agreement. I have been instructed by Media24 CEO, Ishmet Davidson, to kindly request that you add the statements below and a link to the press releases.