The History of Man – the new novel by Sunday Times Literary Award-winner Siphiwe Gloria Ndlovu!
More about the book! 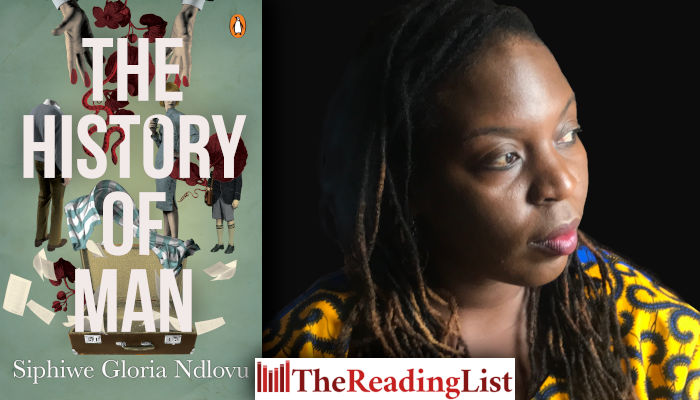 The History of Man – the new novel by award-winning author Siphiwe Gloria Ndlovu – is out in October 2020 from Penguin Random House SA.

Ndlovu is a writer, filmmaker and academic who holds a PhD from Stanford University, as well as master’s degrees in African Studies and Film. She has published research on Saartjie Baartman and she wrote, directed and edited the award-winning short film Graffiti. Born in Zimbabwe, she currently lives and works in Johannesburg.

The Theory of Flight, her first novel, was published by Penguin Random House in 2018 and won the 2019 Barry Ronge Fiction Prize.

About The History of Man

Emil Coetzee, a civil servant in his fifties, is washing blood off his hands when the ceasefire is announced.

Like everyone else, he feels unmoored by the end of the conflict. War had given him his sense of purpose, his identity.

But why has Emil’s life turned out so different from his parents’, who spent cheery Friday evenings flapping and flailing the Charleston or dancing the foxtrot? What happened to the Emil who used to wade through the singing elephant grass of the savannah, losing himself in it?

Prize-winning novelist Siphiwe Gloria Ndlovu traces Emil’s life from boyhood to manhood – from his days at a privileged boarding school with the motto ‘It is here that boys become the men of history’, to his falling in love with the ever-elusive Marion, whose free-spirited nature has dire consequences for his heart – all the while showing how Emil becomes a man apart.

Set in a southern African country that is never named, this powerful tale of human fallibility – told with empathy, generosity and a light touch – is an excursion into the interiority of the coloniser.