The Chapter We Wrote: The City Press Story by Len Kalane looks at media and politics in a changing South Africa 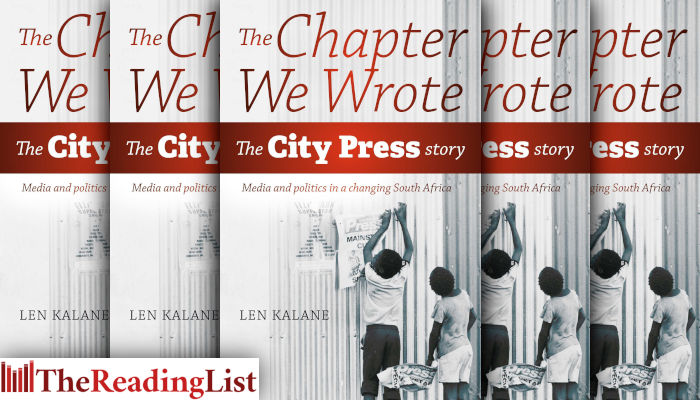 The Chapter We Wrote: The City Press Story by Len Kalane is out in June from Jonathan Ball Publishers.

When Drum owner Jim Bailey launched City Press in 1982, the name harked back to the days of the Golden City Post, of Sophiatown, township jazz and legendary journalists such as Lewis Nkosi and Bloke Modisane.

The upstart City Press went from strength to strength, gradually challenging the big players as a vibrant voice of black South Africa. In 1984, a buyout by media giant Naspers raised eyebrows, but in fact opened a new chapter in journalistic excellence, building bridges between Afrikaner and black nationalism in the dying days of apartheid.

Former City Press editor Len Kalane looks back on the history of City Press, weaving into it the stories of a changing South Africa, the influence of Black Consciousness, the impact of the Soweto Uprising of 1976 and the challenges of reporting during States of Emergency, as well as the personalities who made it all happen.

The Chapter We Wrote is replete with colourful characters, none more than former editor Percy Qoboza. Several of Qoboza’s most memorable columns are included here, making Chapter We Wrote a fitting tribute to his acerbic but incisive pen.

Len Kanale is a former City Press editor, and joined the newspaper in 1983, from the Sowetan. Kalane started his journalism career at The World and Post newspapers, both subsequently banned by the South African apartheid government. Kalane helped found Kaya FM, one of the first post-democracy privately-owned radio stations in South Africa, and was on the MNet board of directors until 2001. He has also served as an executive in Telkom and is currently a media consultant.