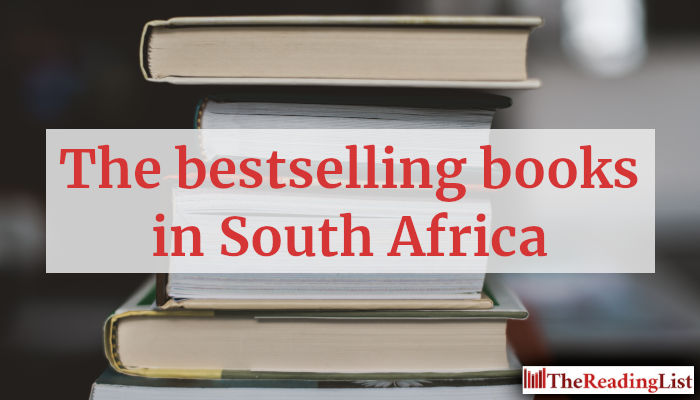 This list represents the bestselling books in South Africa from the previous four weeks to 31 July 2019, and combines fiction and non-fiction bestsellers.

#1. The Subtle Art of Not Giving a F*ck
by Mark Manson

#2. The Stellenbosch Mafia: Inside the Billionaires’ Club
by Pieter du Toit

Pieter du Toit is back with a new blockbuster. Released mid-month, it’s already charting in the top 5. The author examines South Africa’s “club” of winelands billionaires to determine whether the town has an outsized influence on business and society.

Own your mornings, master your life – and try not to think too hard about the book two spots above this one in the rankings, lest you stop giving a f*ck about being an early riser and conquering all challenges in your path.

#4. Everything is F*cked: A Book About Hope
by Mark Manson

Harry Hole is back! And facing a deadly foe: the first killer he put behind bars, the notorious Svein Finne.

#6. Manage Your Money like a F*cking Grownup
by Sam Beckbessinger

You don’t know how to budget for your lunch breaks, much less your life. You haven’t asked for a raise in years and you have too many credit cards in your wallet. This book will sort you out. This book is the book to f*cking get. Great to see it back in the top 10.

Walliams’ delightfully dreadful collection of the most gruesome grown-ups ever, the worst teachers in the world. Illustrated, as always, by the superb Tony Ross.

#9. City of Girls
by Elizabeth Gilbert

The author of Eat, Pray, Love has delivered a novel of glamour, sex, and adventure in 1940s New York that, according to one critic, pairs well with a cocktail or two.

Daniels’ funny, poignant memoir, written as a series of vignettes on Coloured life on the Cape Flats and surrounds. Online reviews have gushed with praise.