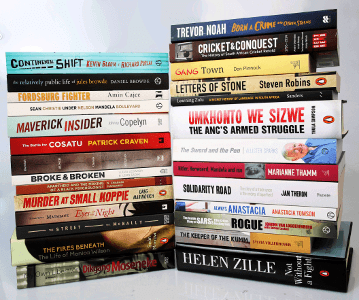 The longlist for the Sunday Times Alan Paton Award for non-fiction has been announced.

The shortlists will be announced in May.

“There are 27 books on the longlist. This is more than usual but reflects the excellence and originality of many of the non-fiction books published in 2016. They include a number of memoirs, biographies and autobiographies, which tell the stories of intimate family relationships against a backdrop of the huge historical forces that have swept the last century. There are books about and by key public figures; there are those that focus on fascinating people who are not well known, such as stowaways, gangsters, police officers, miners, transgender people, and foot soldiers. There are important topics covered too: the history of the independent trade union movement, of science, of African languages, as well as key moments of disjuncture in our current society. The books raise critical questions about our past, present and future. Together they tell a story of our fractured and bound humanity, not only in South Africa but around the world and through time.”