‘Still Me is a more joyous book!’ Jojo Moyes talks about how she felt about After You
More about the book! 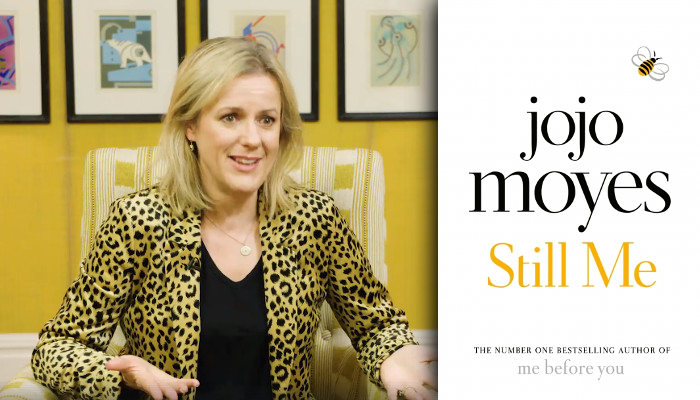 Wondering what’s next for Lou Clarke?

In a video shared by Penguin Random House SA, Jojo Moyes chats about how she felt about After You, and what lies ahead for Lou.

‘If you inhabit characters properly,’ Moyes says, ‘you have to slightly go at their pace.’

Talking about Still Me, she says:

‘It’s a more joyous book, it’s probably a more optimistic book, but at the same time I don’t think you could not have the down bit in the middle, because, you know, I was sad.

‘I invented him and I was sad!’

Still Me, The third Lou Clark novel, is out now from Penguin Random House SA.

Wondering what's next for Lou Clarke? Watch Jojo Moyes talk about how she felt about AFTER YOU, and what lies ahead for Lou.STILL ME is out 23 January! 🐝🐝🐝#QandA #MeBeforeYou #WhatNextForLou #LouClarke